Our mission is to build a successful club in Carrigtwohill. We encourage participation by players of all abilities and will seek to help them to develop as players and people, both individually and collectively, on and off the field.

Through hard work, dedication and commitment we strive to provide the coaching,the facilities and positive environment to encourage performance at the highest level. 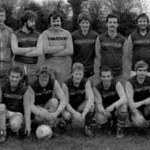 The club was formed and affiliated with the Cork Athletic Union League (Cork AUL) in 1983. In it’s first season, 1983/84 the club won both the AUL Div 3 league and the Saxone Cup. Carrigtwohill United also finished runner-up in the County Cup that year. The next year brought a second place finish in the AUL Div 2 league. Sometime later the club was disbanded for a few years until it reformed in the early 90’s and went on to finish second in AUL Div 3B in 1993. It fell away again until the present incarnation was setup…..click here for more