The usual Under 10 blitz took place on Saturday 14 of February at Carrig’s All Weather Pitch. The “clash” with a much awaited Rugby international match did not help motivate players and parents to participate, but, with some reinforcements from the Under 11 squad (thanks Ciara, Kathy, Kerry, Dave, Robert and James!!), Carrig was able to field two complete teams. Having played in many of these blitzes since the start of the season, these players are now seasoned campaigners, and it is likely that no previous generation of U10s have been involved in such a number of regular competitive fixtures before they even get to U11. This is likely to enable them to hit the ground running next year when they begin their league career.

In the meantime, they are learning their craft with great enthusiasm, developing some skills that will be the defining features of their play at 9 a side next year: Daniel’ thunderous shots from distance (one near broken cross bar again yesterday!), Sean Brennan’s dashing runs through the centre, Ryan’s committed performance in 1V1 defending at the back, among others! 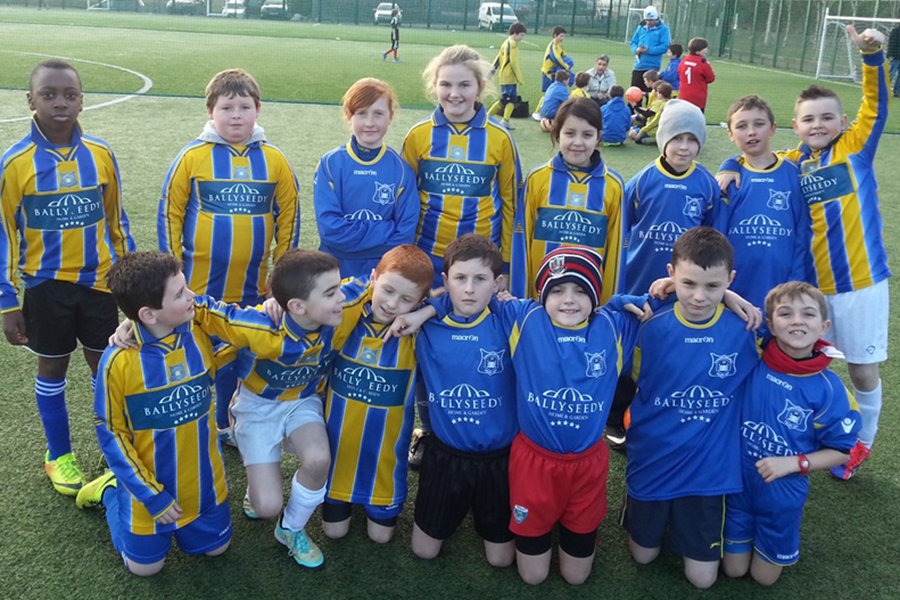 Two guest appearances deserve special mentions: will they ever stop Patrick Walsh? Although still an under 9, this is a player whose welcome reinforcement yesterday shows what kind of contribution he will make in future years, if the GAA does not exhaust him! His sister Ciara, scorer of her first goal of the season yesterday (yippee!), also shows a compelling natural ability at soccer and few players in that age group have her patience and tenacity in 1V1 challenges. The number of times she intercepted the ball yesterday is just uncanny.

Altogether, a very entertaining afternoon of soccer played under a lovely spring sun. These blitzes are really nice and relaxed, unlike some corresponding league features. Don’t grow up too fast boys and girls!