Carrig 17s took another 3 points in the League on Sunday with an emphatic 5-1 win over last years League Champions Blarney. Conditions on the day didn’t suit either team as the wind blew across the pitch for the entire game. Carrig started brightest however and took the lead when Evan Rowlands worked hard to win the ball on the opposition’s end line and slipped a lovely ball to the on rushing Shane Waters to make it 1-0. The game was a bit scrappy following the goal but Carrig’s defense was sound and Alan Warren saved well a number of times. A long ball over the top was to lead to Carrig’s 2nd Robin Ward finishing cooly past the Blarney Keeper. 2-0 HT 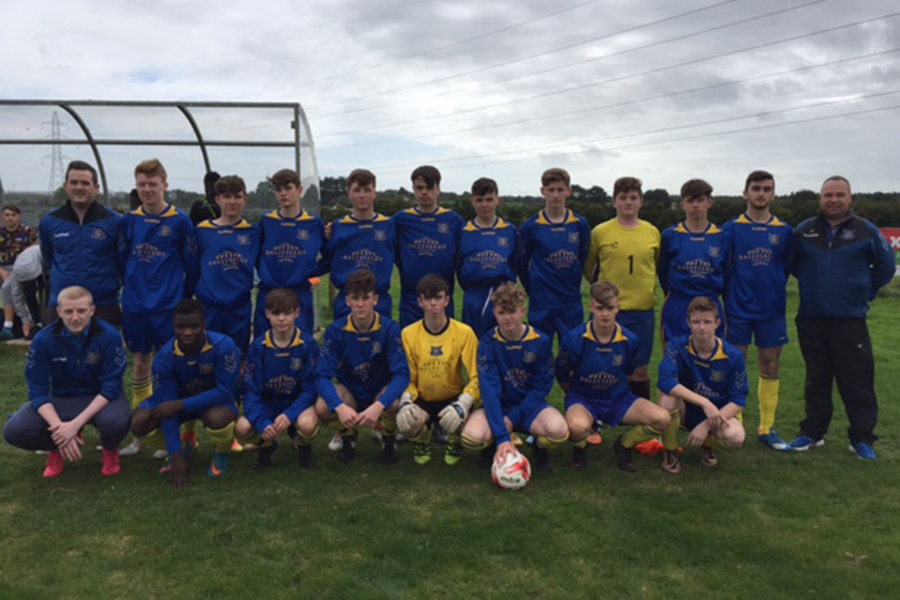 Carrig were asked to up the intensity in the second half and it worked, not only this put they started to use the ball on the deck and were tearing Blarney apart, Shane O’Hanlon, Tristan Horgan and Mark Daly all working well to keep control of the game but also create chances. The strength and depth of the squad was to play a huge part in the killing off of the game, as David Ryan came on and slotted in a lovely goal to make it 3-0. With the 3 points in the bag and the opposition frustrated Carrig continued to pour on the pressure, Robin Ward scored an absolute screamer despite a reckless tackle from the Blarney centre half, who would later be sent off. Tommy Butler made a fantastic run and only for a great save from the keeper would have scored himself, but Dan Fawsitt followed up to finish and make it 5-0 another sign that it is the squad that will win us games, Jack Scully and Hugh O’Neill also came off the bench and put in good shifts. Blarney scored a consolation goal late on and the game finished 5-1. 1 game at a time, another 3 points in the league, great performance from all 16 lads.