Under-16 Div 3 at Ballyadam Park

Carrigtwohill Under-16’s welcomed league leaders Pasage to Ballyadam for their latest league game hoping to keep their good run going. In what turned out to be a cracker of a game it was Passage who took the lead after 10 minutes however, Carrig settled into the game and got a deserved equaliser 5 mins later when Paul scored direct from a corner kick.

Now playing some lovely football Carrigtwohill took the game to the visitors and from another corner a great ball in by Matthew was met by the inrushing midfielder Colm to head home for a deserved lead 23 minutes into the first half. Unfortunately Passage scored an equaliser within a minute after some sloppy play from the home side. There was still time for more chances at both ends before half time with both defensive lines under pressure at different times but it was 2-2 at half time which was a fair reflection of a cracking half of football.

The second half started like the first with both teams having periods on top. Carrigtwohill took a 3-2 lead when after some great play in midfield Leroy scored with a great finish into the corner of the net. But, yet again Passage responded to score an equaliser with 15 minutes left on the clock.

The lads lifted their performance to finish the game stronger and created a couple of good chances with the hard working Rollie hitting the inside of the post and another chance from Leslie hitting the side netting before the best chance of the game fell to Ryan in front of goal but the ball bobbled just before he struck it over the bar with the last kick of the game.

A physical cracking game of football ended 3-3, in which both teams played their part. Player of match goes to centre half Jayden Washeda who up against a physical front line stood tall to read the game brilliantly and helped out his fellow defenders when needed.

Player of the Match: Jayden Washeda 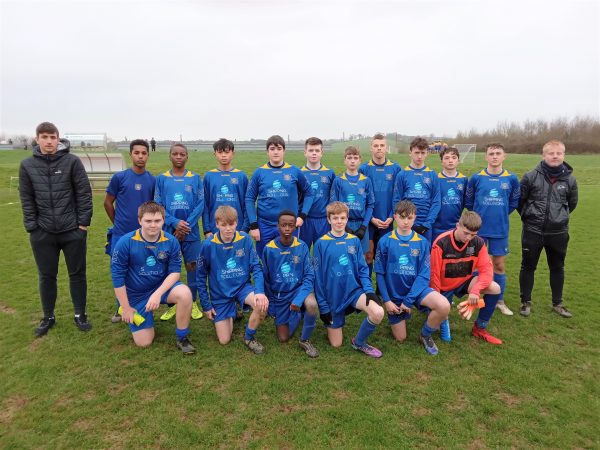