Carrigtwohill welcomed Corkbeg on what turned out to be a lovely Friday evening for a game of ball. After so much bad weather and cancellations, the players and management were keen to play and the fact that it was a Cup tie added some extra spice.

There is a long history between both of these squads, having played each other frequently during their playing careers with a lot of school mates on either side. It was a cagey opening half as both sides created and missed some chances. The home side we looking threatening with Darragh Hoare lively in midfield, Anesh Swani dangerous on the wing having created at least 3 good chances and Evan Donnelly narrowly high from a thunderous shot. The away side came close on two occasions but Adam O’Leary was alive to the challenge. However, it was to be the home side who opened the scoring with some neat interchange in midfield and a lovely through ball for Alex Canty to stroke the ball under the onrushing keeper. 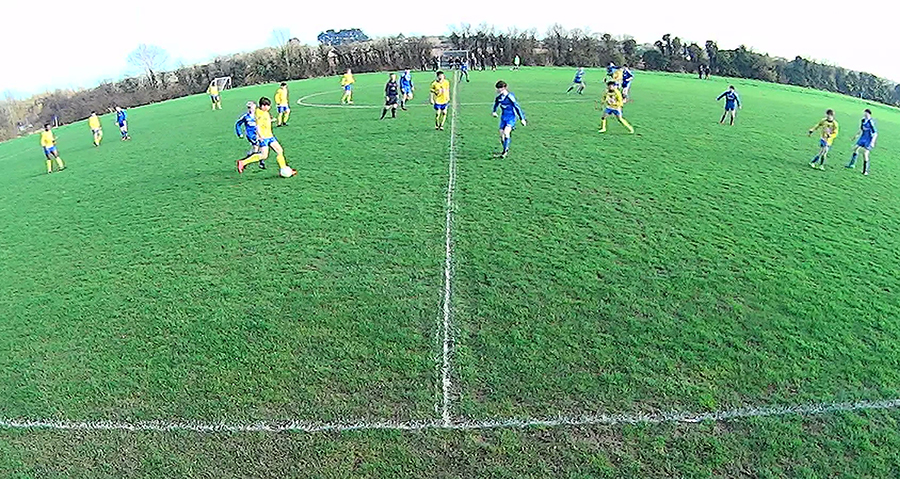 A goal to the good at half-time but there was the feeling that Carrigtwohill had yet to find top gear. Ben Kearney came on as striker, and this made an immediate impact when his direct style was pressuring the Corkbeg backline. Carrigtwohill were now playing much better football through midfield. They were dominating possession and putting Corkbeg under constant pressure.

Finally the goals started to come with 3 scored between the 50th and 64th minute. The first came when the keeper was unable to hold a superb effort from Ben and Rob Adam was there to tap home. There was nothing straightforward about the second however – Rob gained possession, took the ball past a defender and rocketed the ball into the bottom right corner from the edge of the penalty box. Darragh Hoare rounded off another superb all-round performance with a neat finish to put the tie beyond any doubt.

To their credit, Corkbeg did come back into the match in the closing 10 minutes and created some chances – one of which took a full length dive from Darren Flynn to preserve his clean sheet.

An entertaining Cup tie which all 15 players contributed to and a good result ahead of a very busy schedule of matches coming up.

Player of the Match; Darragh Hoare