After making a poor start to their league campaign, Carrigtwohill United faced a difficult away fixture against Springfield Ramblers A who had an opening day victory to their credit.

It was to be a match dominated by a very strong breeze which blew in from the south for the entire game. It was Carrigtwohill who were to play with the wind in the first half and they started this game very strongly with continuous pressure being mounted on the Springfield defence.

Carrigtwohill had the ball in the net after 5 minutes but this disallowed and it seemed inevitable that the opening goal would come soon. Darragh Hoare in particular was dominating midfield with Jamie Dunlea doing good work as a lone striker but it was proving difficult to convert possession into chances as the strong breeze made passing difficult.

Springfield created some chances themselves and not for the first time in recent games, Victor Omesbi playing in goals was to come to the teams rescue with a superb save from their striker. 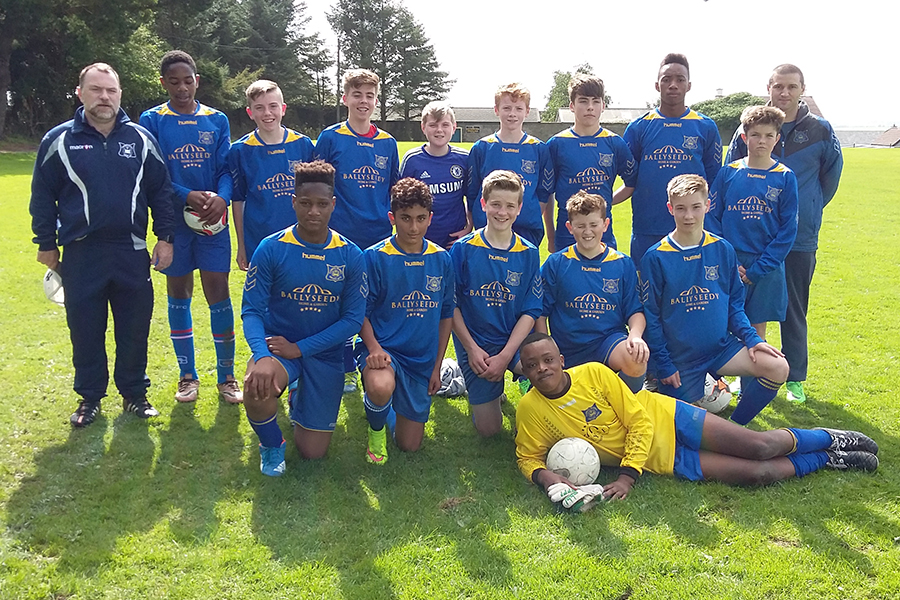 No score at half time and it was to be a completely different second half. Now playing against the wind, the Carrigtwohill defence were to turn in a performance which was to win this game. Although under constant pressure, they managed this game superbly by holding a strong high line. Springfield tried very hard to thread ball through and over the back four, but each time Victor was well positioned and his handling was excellent.

The winner was scored early in the second half when good interplay by Darragh and Robert Adam cut open the Springfield defence to allow Rob nail a strong finish to the left corner of the net.

This was a disciplined mature performance by this team who were able to manage the weather conditions to extinguish the Springfield threat to register a deserved 3 points.

Player of the Match – Victor Omesbi