Carrigtwohill United took on Kanturk on a perfect morning for soccer but it was to prove a difficult morning for the home team. Both teams had good wins in the previous round of this Cup competition and had never faced each other before but it was Kanturk who were to get the dream start. From the kick-off, the home team were under pressure after Kanturk lobbed a high ball which the defence were slow to deal with. The ball dropped nicely for the striker who had a simple finish to put Kanturk one ahead after a minute or so.

This was a setback for the home team and it took a little time for them to settle into the game. Jack Nolan in midfield was doing great work and Robert Adam was causing Kanturk a lot of problems on the left wing. Carrigtwohill were pushing forward looking for the equalising goal before half-time with Evan Donnelly coming close twice. 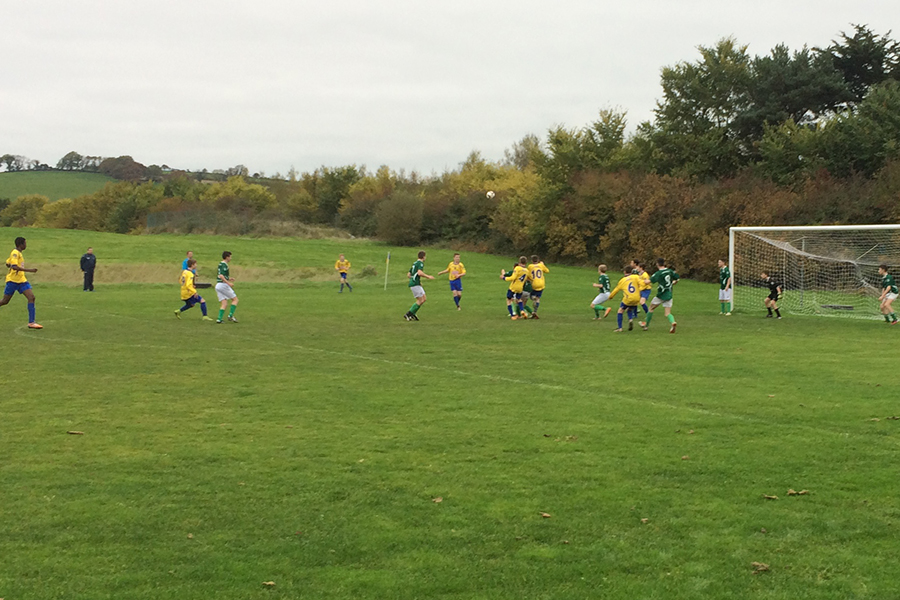 However, it was Kanturk who were to score the decisive goal in the 25th minute when the striker was left with a simple finish after a great run on the right by their winger. The half finished with two corners for Carrigtwohill – one of which was hooked off the goal line but we were unable to pull a goal back.

There is always a different approach in a Cup game, and with Alex Canty now in midfield and Abdul Rahim on the right, Carrigtwohill went all in to get back into this tie. Kanturk were hemmed in for much of the next 10 minutes, but again they were to show their effectiveness in front of goal when they scored another goal on the break to finish the tie.

Despite the defeat, some superb performances with Darragh Hoare in particular giving a masterful performance in central midfield – however concession of the early goal was ultimately to tip the tie in Kanturks favour.