Under-15 League at Ballyadam

This game was more about the attitude and effort of this brilliant group of players, rather than the final score. Great wins, devastating loses and moral victories are all a part of sport – this game was all about the evolving character of our Under-15s.

Everton took the lead midway through the first half through a well taken shot from the edge of the box. But Carrigtwohill were right back in this match 5 minutes before half time when Matthew unleashed a brilliantly instinctive first time shot which looped over the keeper. He nearly got a second from a well taken free close to half time, only for the ball to be cleared off the line. 1-1 at halftime.

Everton took the lead again 10 minutes into the second half, through a lucky deflection. But fair play to the Carrigtwohill lads, they pressed hard and came close to scoring from a number of free kicks and corners with a great effort by Corey from the edge of the box just flying over the top right corner.

Everton’s third came from a quick break away in the final minutes of the game, after Carrigtwohill had pushed up to make the most of a throw ball. By this stage, the lack of any subs was taking its toll and the legs were gone! 1-3 to Everton at full time – well done to them and best of luck for Division 2 next season.

The result aside, which wasn’t a true reflection of the game, this match was all about so many of our lads showing great character to the final whistle. Although carrying an injury, Filip was brilliant as always in goals, pulling off many great saves. The back line of Charlie, Rob, Corey & Cathal worked like trojans – the effort put in, covering runs and last ditch tackles were unbelievable, with Charlie running about 3 marathons during the game!

Our midfield of Matthew, Paul, Luke & Kevin worked their socks off. Well done to Luke & Kevin (both from the Under-14’s) in their first league game at Under-15 level – they fitted right in and should be well proud of themselves. Upfront, Ryan and Mateusz kept on going to the end, getting more & more into the game against a strong organised defence.

A result on the score board would have been nice. But the effort of these 11 players today was even more admirable. Well done lads and be proud of yourselves!

Man of the Match goes to Charlie McCarthy, Carrigtwohill captain on the day. He was a leader from the back and never gave up, epitomised by his many amazing recovering runs and tackles to the very end of the game. Well done Charlie.

Special mention also for Matthew – not only for a great goal, but another leader who tried hard to keep his team motivated throughout 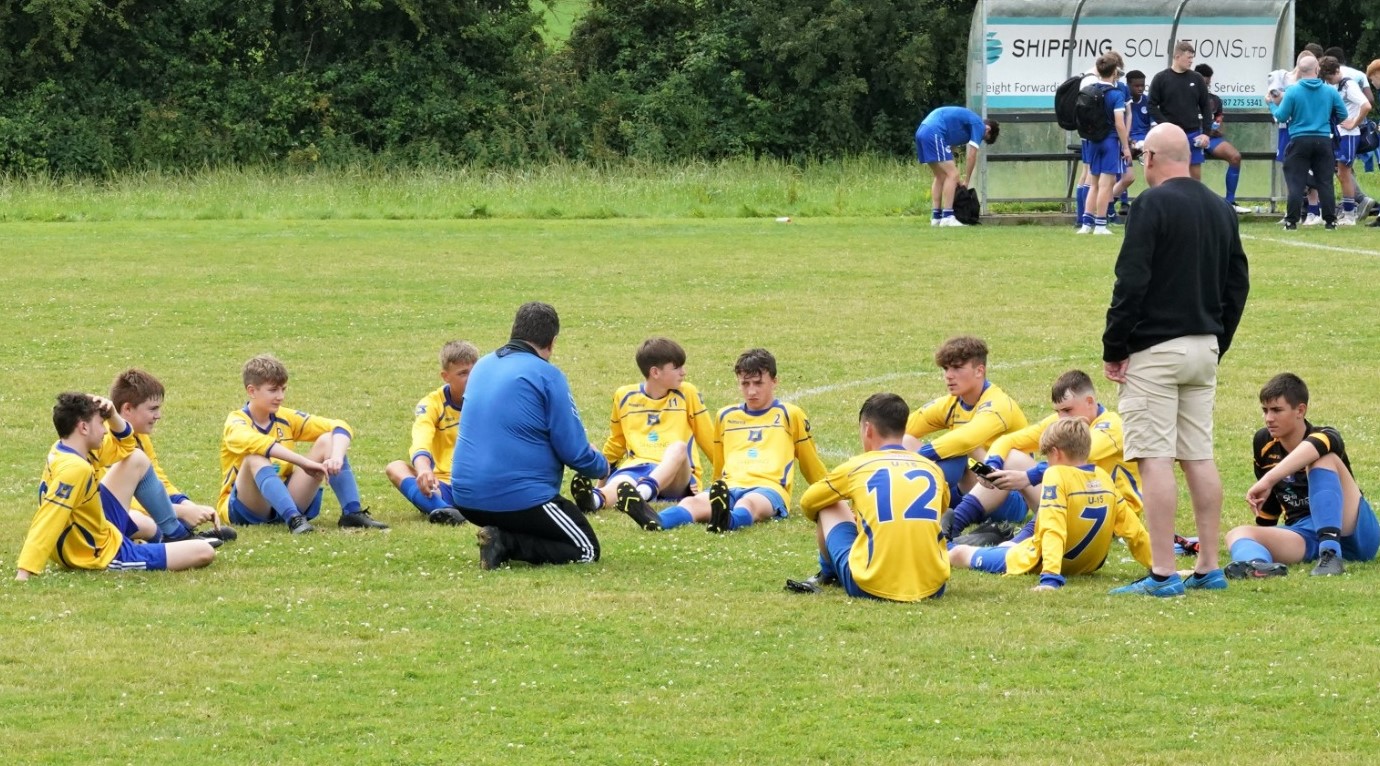