U15 v Corinthian Boys A

U15 v Corinthian Boys A

As we near the end of the season, matches are coming thick and fast for the Carrigtwohill Under-15’s this being their third match in 14 days. On yet another lovely April evening, they welcomed Corinthians with both teams sitting in mid-table.

The previous match against Wilton, was a very open affair with 6 goals and constant end to end action but this was to be a different type of game ultimately to be decided by one score off the post. 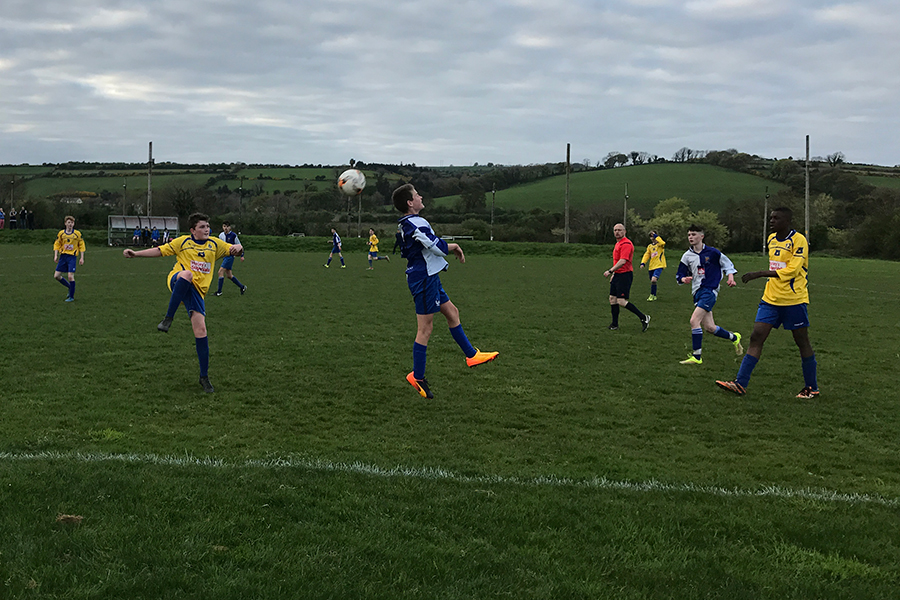 Carrigtwohill started this match in superb form with Abdul Rahim causing problems again on the right side, Ronan Ymedi dangerous in the opposition penalty box and both James Barry and Darragh Hoare winning ball in midfield. Carrigtwohill created 3 good chances in the first 25 minutes and it did seem like it was only a matter of time before they were to score. In contrast, the away team were finding it very difficult and other than two lofted frees there was little to trouble the back four.

However, as can often happen, the match was to spin on its head when a deflected clearance in midfield was to fall kindly for the Corinthians attacker who powered forwarded and struck a sweet shot which hit the base of the left post and spun into the net for the opening goal.

This was a sucker punch but there was no sense of panic as Carrigtwohill set to their task again but it finished 1-0 at half-time.

With Anesh Swani now operating on the right and Scott McCarthy beefing up midfield, Carrigtwohill looked to push Corinthians back and that is what happened. A pattern developed in the second half of pressure and chances being created, but to be fair to Corinthians, they were defending very well and the longer it went without an equaliser, the harder Carrigtwohill tried and consequently the more scrappy the match became. 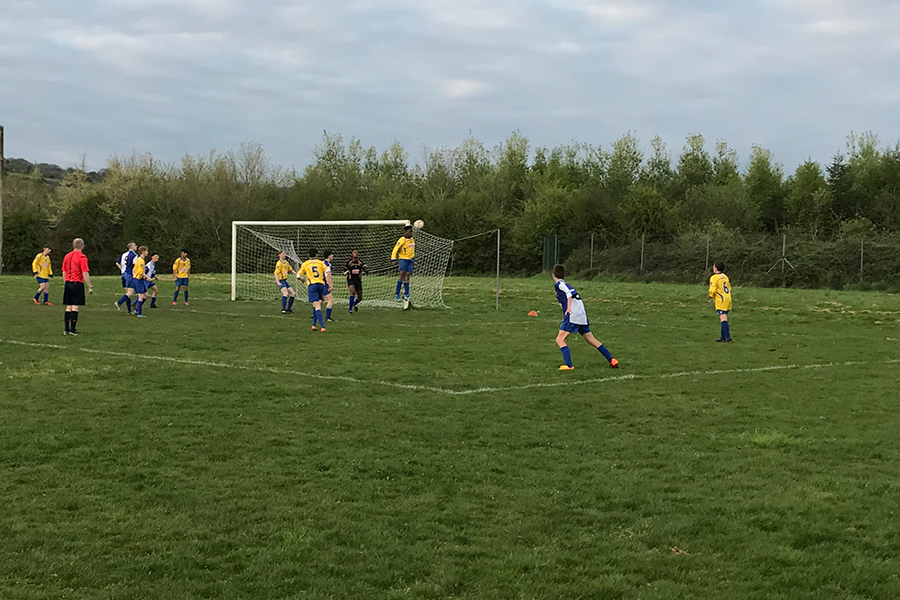 Corinthians did create some opportunities themselves with Victor Omesbi having to be very alert but the Carrigtwohill back four were very solid, with Darragh Crowley and Alex Canty covering well and Ebe Imoh having yet another superb match at left-back.

The match finished as a very frustrating defeat for the home side, but in truth they can have no complaint as Corinthians, despite being on the back foot for most of the match, were well organised and economical with the ball when they had it.

With Kanturk looking set to win this division, it looks like a very tight finish from 2nd to 6th and with 3 matches remaining Carrigtwohill will have to re-double their efforts and be more clinical if they are to grab a promotion place

Player of the Match – Alex Canty