After a tough single goal victory in the away fixture, Carrigtwohill Under-15’s knew that this was going to be a difficult home tie against Carrigaline A who started the morning just one point behind them.

The players are now conditioned into weekly matches and the team was taking a settled shape with Ebe Imoh, Alex Canty, Darragh Crowley and James O’Shaugnessy making up a solid back four. After a frustrating display against Corinthians 9 days before, the focus in training had been on widening the attack and turning pressure into score-able chances.

The first half started with Carrigaline looking to apply pressure down Carrigtwohill’s left wing but they could find no way past Ebe, whose clearances were assured on this occasion finding the Carrigtwohill midfield who were looking to build their own attacks. Anesh Swani, operating on the right wing was a constant source of pain for Carrigaline with his incisive passing and superb crossing ability. By the mid-point in the first half, Carrigtwohill had created a number of scoring opportunites with Ronan Ymedi coming very close from a James Barry through ball and Rob Adam pulling a super save from the superb away keeper from just 8 yards. It seemed like the breakthrough would shortly come and so it did when a trade mark cross from Anesh found Rob coming in from the left where he coolly finished into the bottom left corner. 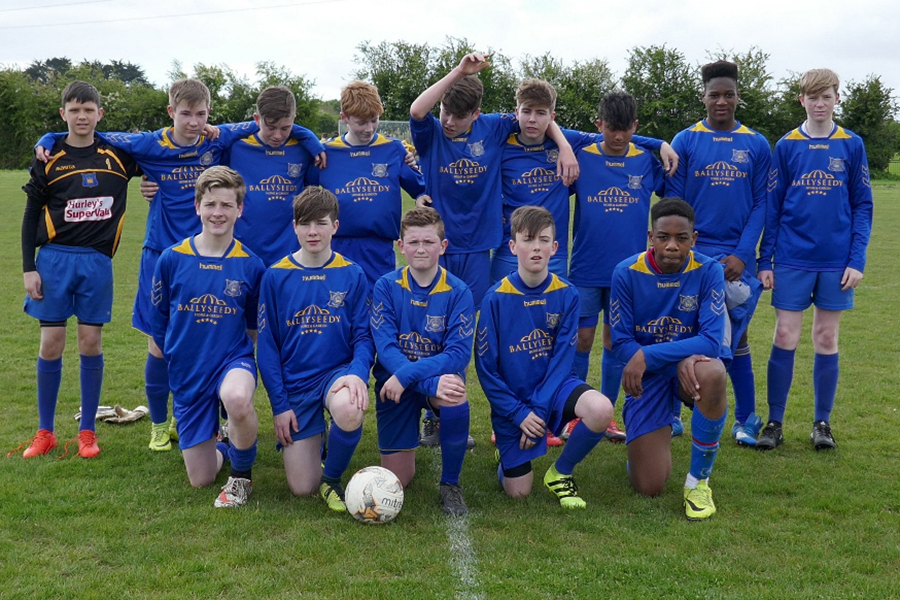 The pattern of the match was now set, with Carrigtwohill defending high and the midfield on top with Darragh Hoare covering every inch of midfield, James Barry holding the central area and Scott McCarthy shutting down Carrigaline at every opportunity. The second goal came in the 55th minute when Evan Donnelly continued his scoring streak by finishing to the bottom right and there were other chances when Jack Nolan hit the post and Ronan was only denied by a full stretch wonder-save from the Carrigaline keeper when his pile driver from the edge penalty box was destined for the top left corner of the net.

For all the good inter play by the forwards a feature of the match was the support play by James O’Shaugnessy and Ebe Imoh who push forward from wing back to support and over-lap the wingers and provide the attacking threat that was missing against Corinthians.

With just two matches remaining, this Carrigtwohill team are looking to make a strong finish with promotion still possible and a six point showdown with Corinthians on the offing.

Player of the Match – Anesh Swani