League v St Mary’s A in Ballyadam Park on Sunday 11th October 2015
Carrigtwohill United 0 St Mary’s A 2
On a bright autumn morning, St. Mary’s visited Ballyadam to take on Carrigtwohill in the League. It was a game where the width of a post cost the home side twice. For the second game running, Carrigtwohill conceded an early goal after a well worked opening on the left wing found a St. Mary’s player free in the box to slot home an early opener. This was an early blow but would not prove fatal as the home team recovered to compete equally with the visitors for the remaining 65 minutes of the game.

The first half ebbed and flowed between both teams, with some good work by Ben Kearney on the wing and Darragh Hoare created several chances, but none could be converted. Our back four put on a solid display for most of the game although St. Mary’s did create several half-chances. This much improved cohesion was ably assisted by James Barry marshaling the midfield and putting the ball to good use  when possible to put the team on the attacking foot. 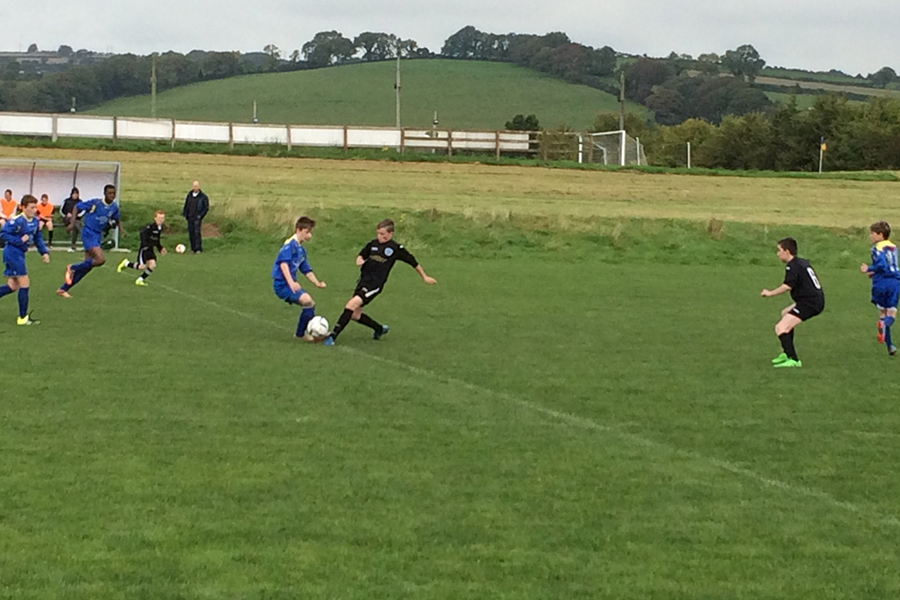 The opening 15 minutes of the second half was Carrigtwohill’s most dominant with several  good chances being created. Evan Donnelly put a good chance just wide, and Darragh Hoare’s long range effort was well saved by the St. Mary’s keeper. St. Mary’s however, were still testing our defence on the break and when they did break through they found Darren Flynn in super form throughout with some good saves throughout the match. The first turning point was to come half way through the second half, when after some pressing, Abdul Rahim drove a powerful shot onto the cross bar – inches too high !

Shortly afterwards, the crossbar was again to catch us our when a high looping shot from the St. Mary’s attacker, hit the underside of the crossbar and bounced directly on the goal line where Darren gathered the ball. Unfortunately, the referee was to rule that the ball crossed the line and awarded the goal which was to seal the game in St. Mary’s favour – inches to low !