Under-14 League at Macroom

It was a day to prove a point and Carrigtwohill United did just that when they brought all the hard work done on training ground right to Macroom’s home turf. With a few players finding it difficult to get to the venue on time, the starting line-up was shifted around a bit but that counted for nothing as Carrigtwohill opened up the scoring with less than 2 minutes on the clock. The addition of Sean Og Madden, Rian Thornhill and Evan O’Reagan from the Under-13’s brought a depth that this squad yearns for.

A good build up from the back, through Leslie and Ethan in the middle, then to Colm, Dennis and Jayden before a pass through the middle to Ethan, who feigned a pass before turning to feed a through ball to Rollie who in turn laid it off to Leroy for a neat finish in the bottom corner. 1-0 up and the confidence was sky high.

Macroom battled to get back into the game but that didn’t matter, as recent good work on the training ground paid off. Build up from the back time and again split Macroom through the middle and a combination of Leslie, Rian and Rollie released Leroy for a second.

The third goal came with a good surge forward by Ethan after intercepting a breakaway from a corner kick to force a save from distance before Leroy pounced for a 3rd. Four subs went in at once and the team never looked back as Evan O’Reagan had a dream game in the middle of the park where the team found confidence to play little triangles and recycling from the back where this time Alex Lombard was playing behind Noah on the right side. Soon enough Rollie pounced for a 4th goal.

Macroom threatened on the right side but the uncompromising Edras stood firm as Jayden provided the much needed cover. It has to be mentioned that Colm is getting better and better in his game as he time and again was on hand covering both sides of the pitch as Sweeper snuffing out every threat and not only clearing the ball but surging forward past a couple of players before finding a pass.

With a comfortable 4-0 lead Carrigtwohill experimented a bit and it backfired as the Macroom midfielder went past 3 or 4 players before scoring an easy goal. Moments later he broke through the middle in similar fashion before Carrigtwohill panicked to go back full strength. That immediately paid dividends as Rian Thornhill got a pass from Dennis who laid it on a plate for Leroy to get his 4th of the day and put Carrigtwohill 5-2 up. To make sure, Rollie added the 6th at a time when Cian O’Sullivan was linking up back passes with Leslie, Sean Og and Rian Thornhill who had reverted to left back position at this stage.

A comfortable win where they could have scored more but overall emphatic performance by Carrigtwohill United. On a day like this man of the match could have been for more than 4 players. However MOTM went to Leroy Mhondiwa for his resurgence back to scoring form after struggling with his game in recent matches because of a long lay-off from the game last season and injuries.

Player of the Match: Leroy Mhondiwa 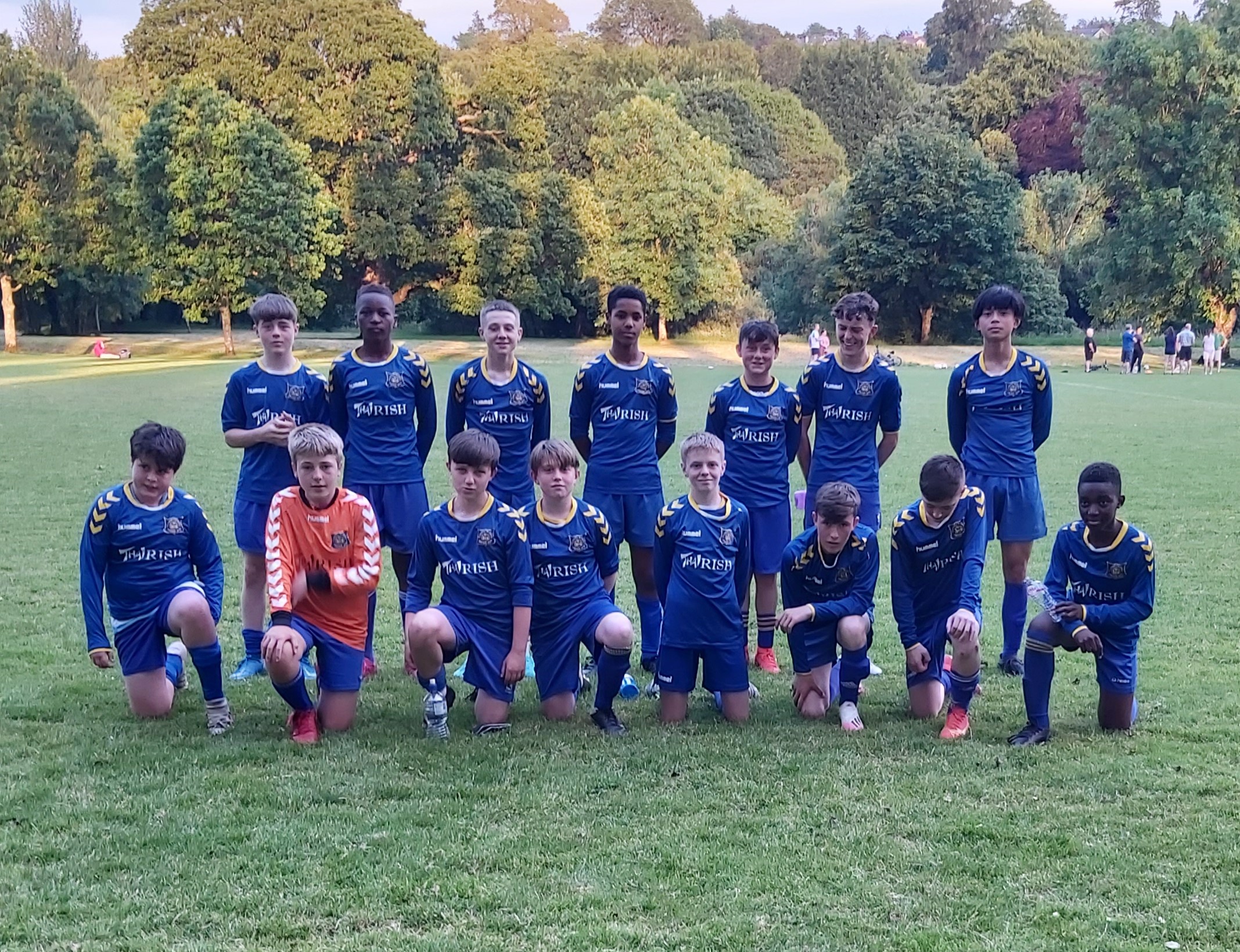