Carrigtwohill faced a tricky away tie against Corkbeg on a sunny but breezy Bank holiday Monday morning. Having come out the wrong side of a 4-3 defeat earlier in the season, the Carrigtwohill players were looking to turn the tables on this occasion.

Carrigtwohill, with the wind in their favour in the first half started the game in tremendous fashion. They took the lead after just 2 minutes, when after super work by Evan Donnelly, he was able to tee up Darragh Hoare for a simple finish. Carrigtwohill were dominant for the opening 25 minutes of this half and scored another 2 goals, from Alex Canty and Robert Adam, but in truth could have scored more with Evan rattling the base of the post on one occasion. All the pressure was being applied down the Corkbeg wings and with Carrigtwohill playing a high line and a breeze at their backs, it was very difficult for Corkbeg to gain a foothold in the game. Corkbeg hit back just before the break with a well taken individual goal. 3-1 at the break and facing into a still breeze, there was still a lot of soccer to be played in this game. 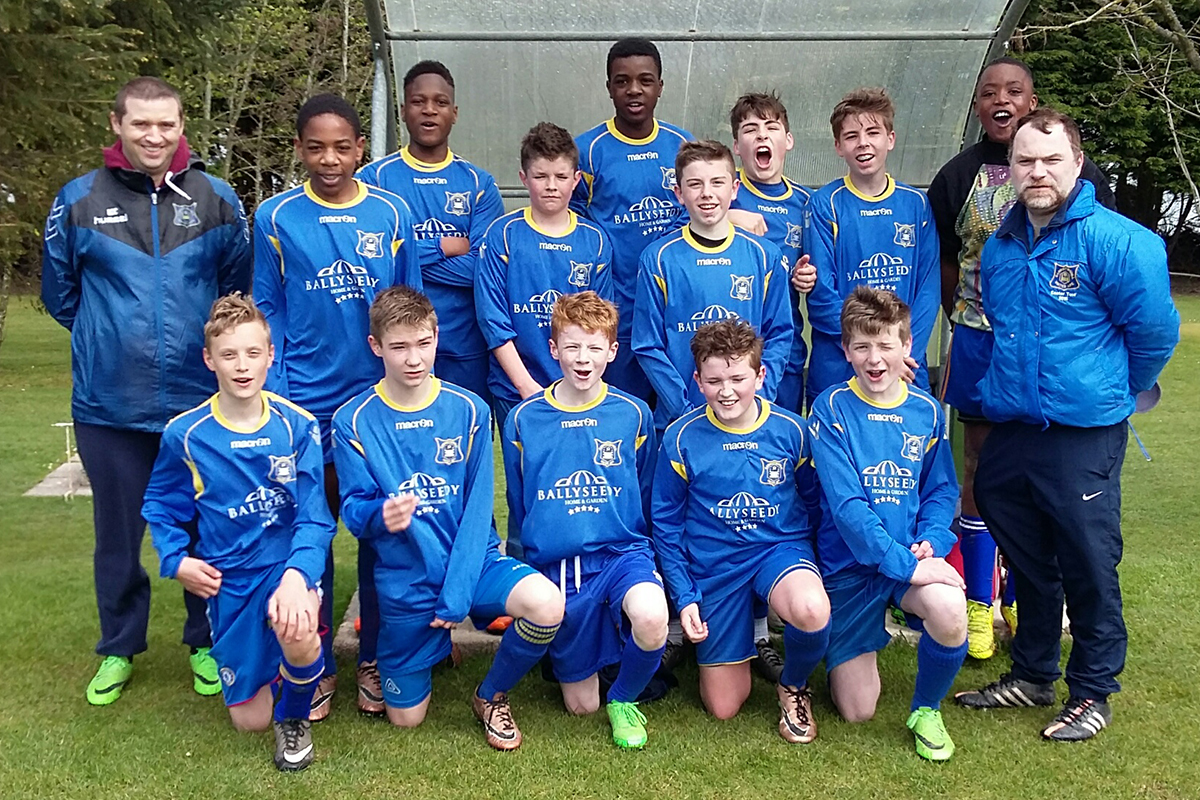 To their credit, Carrigtwohill showed a level of cleverness and maturity in their approach to the second half. Realising that the quick high ball was no longer going to work, they began to work the ball through midfield and extended their lead with the team goal of the year – Robert Adam finishing well to the corner after six or seven passes between the front players. Carrigtwohill were now on top and were to maintain control of the game until the finish with Darragh Hoare a particular thorn in the Corkbeg side and Alex Canty, Evan and the midfield duo of James Barry and Kuba Hofft playing super soccer. Both Jamie Dunlea and Abdul Rahim, who came on during the second half made telling contributions and Carrigtwohill closed out the game with a couple late goals.