The Carrigtwohill Under-13 girls squad returned to competitive action last Saturday in round 1 of the Kay McGrath Cup. Their last competitive game had been their 2–0  victory over Douglas Hall on the 27th November. The team took to the field full of enthusiasm and purpose and were captained by Caitlyn Egan.

The starting 11 was Emily in goal. Thanks to fantastic work being done with Emily by her goalkeeper coach Daniel Majcher, she hasn’t conceded a goal in seven competitive games. The back four was Alex, Caitlyn, Brooke and Megan. The midfield was Sophia, Ana, Maedhbh and Sarah and up front was the deadly strikeforce of Amelia and Lily.

Carrigtwohill started a bit rusty, typical of a side nearly two months without a competitive game. Soon they began to dominate and Kilworth were finding it hard to get out of their own half. Kilworth were fortunate that the crossbar saved them on numerous occasions and the rustiness was showing upfront where Carrigtwohill got caught offside once too many times.

Still though Carrigtwohill were playing good composed football and the firs

t goal eventually came on 10 minutes courtesy of the hard working Amelia. A fitting reward for her work on and off the ball. Sophia Redmond scored her first on the 16th minute and Carrigtwohill made some changes. Halftime and it was two nil to Carrigtwohill. Sophia made it 3 – 0  seven minutes after resumption and realistically it was game over before Sophia rounded off her hat-trick two minutes later. All remaining substitutes were then introduced.  Alex linked well with Karla Edwards who bore down on the Kilworth goal with great purpose only to be denied what would have been goal of the match. The subs bench of Juliet, Jemma, Carragh, Claire, Aoife, Karla and Caoimhe all excelled and tried hard when introduced. The pleasing thing from a management point of view is that they made 7 changes and still didn’t concede a goal. They believe in this whole squad of 30 and they repay the belief they have in them. They all want to be on the pitch and no one hides when introduced.

Lily finished off the scoring on the 29th minute and all that was left was for the referee to blow the final whistle. A huge thanks to all that came to support and watch. Their presence was very much appreciated by management and the girls.

On a day when Sophia scored a hat-trick, Caitlyn commanded the defence, Alex played her socks off, Maedhbh covered every blade of grass it was Anna Madden who deservedly got player of the match.

They will face more difficult opposition in the next round but will be ready for that too. For a team that have been together for less than five months they have shown tremendous appetite for work and a willingness to learn which is second to none. This is a very special group of girl. 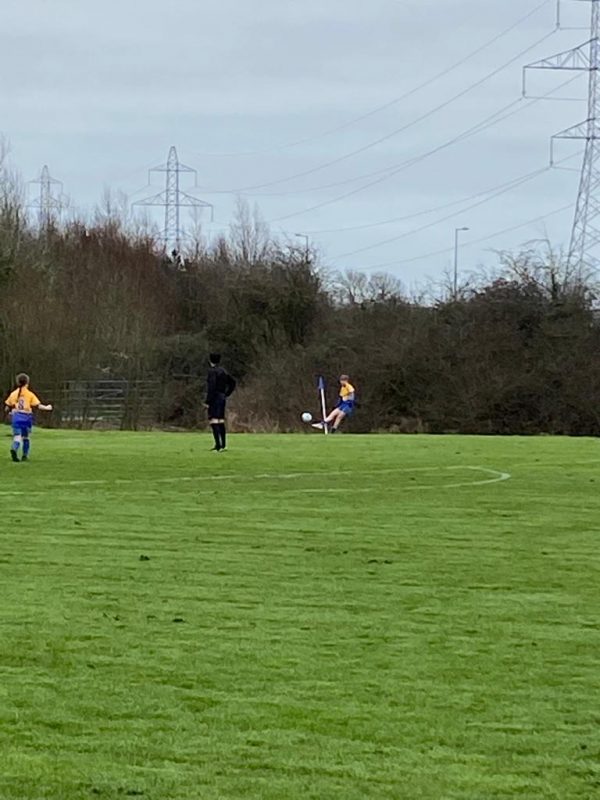 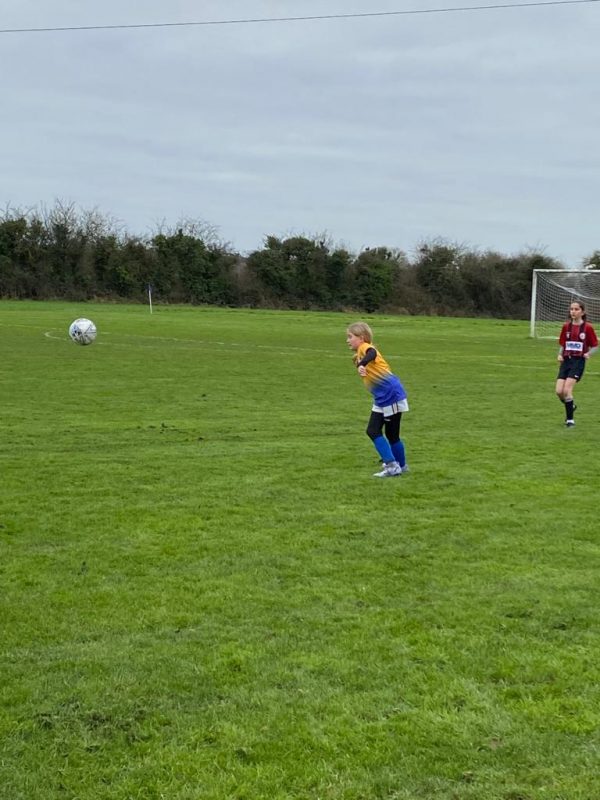 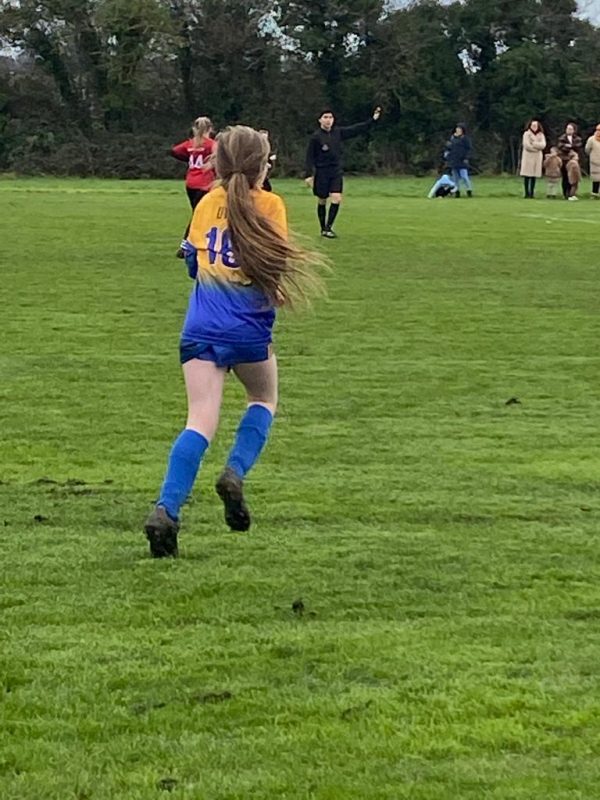 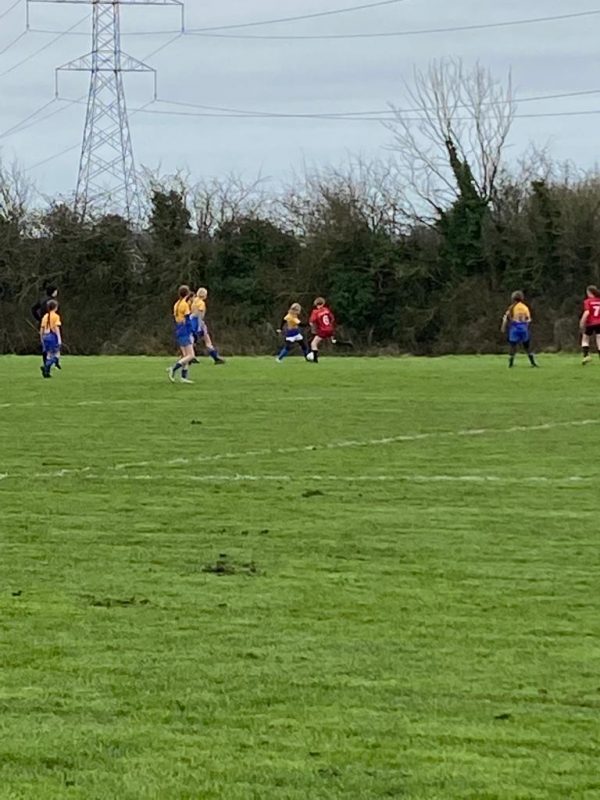 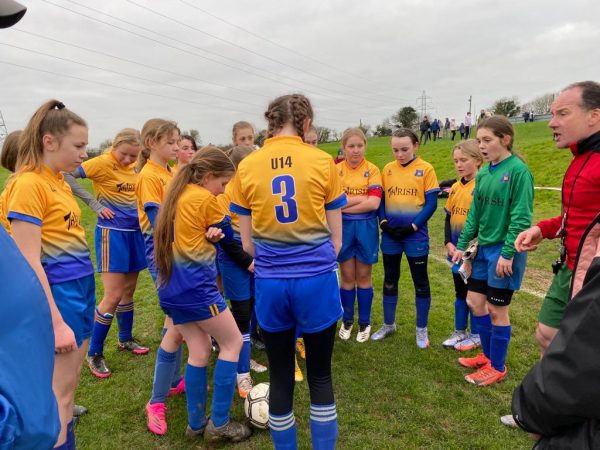 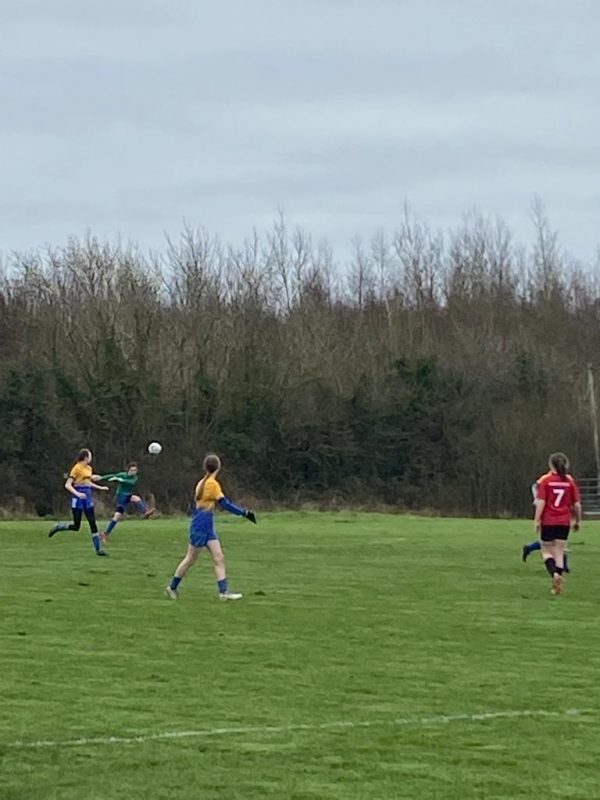 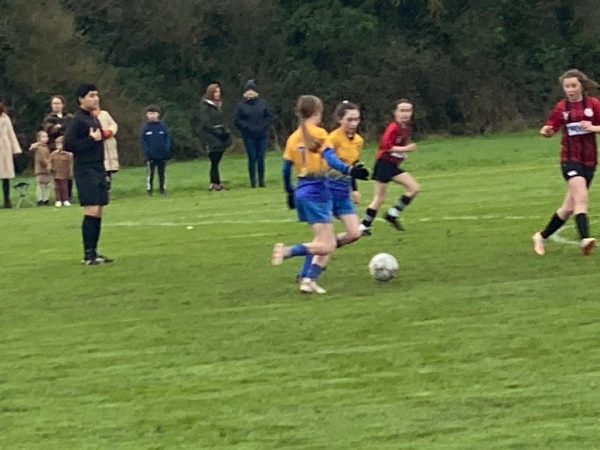 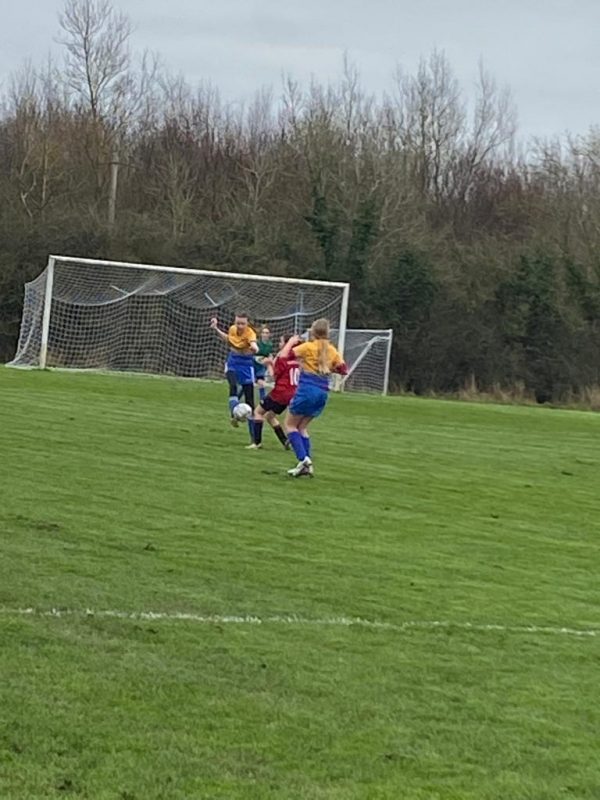