A return to competitive football after an 8 month absence due to covid restrictions, was welcome by all as Carrigtwohill United A hosted Springfield Ramblers at a wet Ballyadam park in the U13 Local Cup. This was a tough draw for our lads facing a team 4 divisions above them, however the score was not a fair reflection on the game where at times Carrigtwohill matched Springfield for ability and were unlucky to go in at half time 2 nil down.

In the second half Springfield demonstrated their passing ability and unfortunately Carrigtwohill conceded 2 early goals. However, Carrigtwohill’s hard work paid off when Mantis Zlioba scored his first goal for club when he tucked away a cross from Adam McCarthy on the right hand side to make the score 4 – 1. Springfield scored a further 2 goals before the final whistle so the game finished 6 – 1. Overall a very enjoyable game and all were delighted to be back playing competitive football after such a long break.

Captain Franik played some great football in midfield as well as Ben Mc and Darragh Thornton, next for Carrigtwohill is Killreen Celtic away in the league. 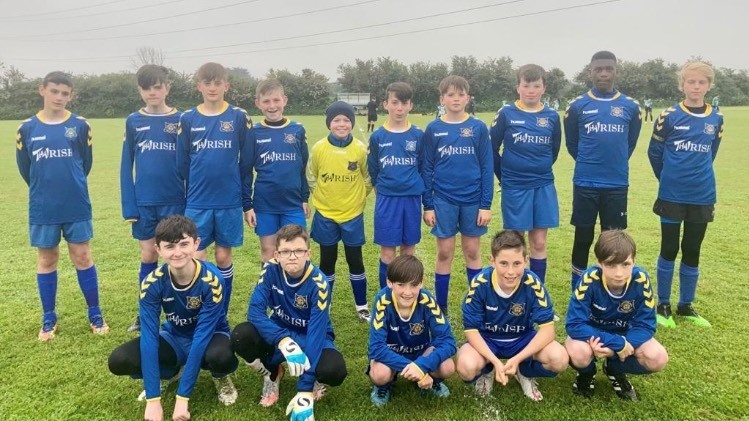