A cold a showery Sunday morning was the setting for this May bank holiday weekend game. There is never a dull moment with this team and some late minute withdrawals meant yet more changes to the team from last time out. 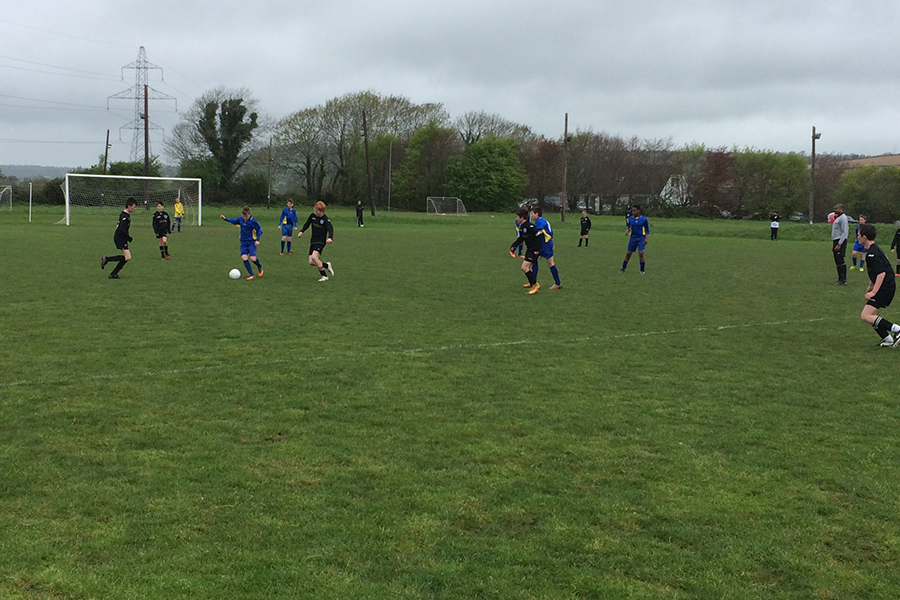 St. Mary’s were taking full advantage of the wind in the first half and with probing runs down both wings, with their opening score coming after pin-ball in our small box resulted in an unfortunate OG. Carrigtwohill responded with a fine team goal when a beautiful threaded pass from Ebe Imoh found Darragh Hoare after pulling off his marker, who in turn played the ball across the penalty area for Robert Adam to score with a deft chip with his weaker left foot, 1-1 – game on. Our defence coped very well in this first half despite conceding another goal before half-time and Kuba Hofft, playing in goals for the first time, dominated his area with a commanding performance capped by some very impressive saves.

The second half was a different game. With renewed energy and confidence, Carrigtwohill controlled this half with a season best performance. The equalising goal came shortly after the restart when a penalty for handball was awarded. Rob Adam, stepped up to convert and Carrigtwohill never looked back from this point. Good work on the wing by Shane Byrne, and Alex Canty now in midfield kept the pressure on the St. Mary’s defence. Three further goals from our in-form super striker, Darragh Hoare in the 18th, 23rd and 25th minute of the second half put this game beyond doubt.

It was a game which was exciting from start to finish and in some respects sums up the progress this squad has made over recent games.