We started well on a very tight pitch and were unlucky not to score when Adam Rooney hit the crossbar from a header. Passage came into the game and proved to be the better side on the night. We struggled to play to our normal level and just couldn’t seem to get the ball under control. Passage scored from a penalty created by some nice play in midfield. Passage scored again through the middle which gave us a mountain to climb. Mark O’Connor pulled one back before half time with a nice chip. 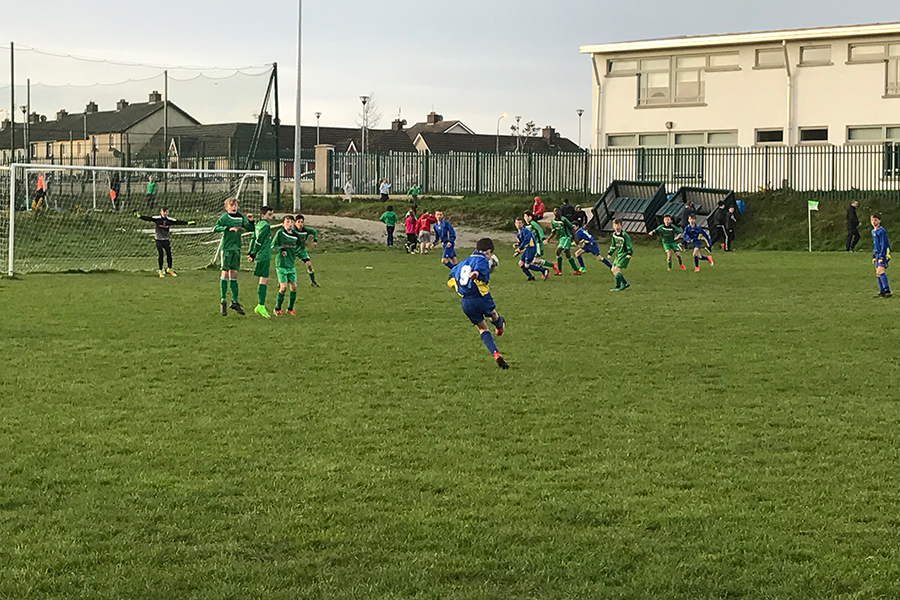 Early in the second half we gave away a poor free kick which led to the decisive goal for Passage. We battled hard against a very physical side but had a off day. Passage were deserved winners. Liam Moore, Keelan O’ Brien and Mark O’Connor were our standout players. Eric O’ Sullivan continued his recent excellent form and worked tirelessly throughout.