This was an excellent team performance away to league leaders Park United. Park United had hammered all opposition so far this season but Carrig were more than a match for them today. We were the better side and were very unlucky not to take all 3 points. We played a 4-5-1 formation today to close up any space and to the lads credit they followed the plan perfectly.  We have a great bunch of players that work hard and are really able to play as a team- everyone that played today could have been man of the match. 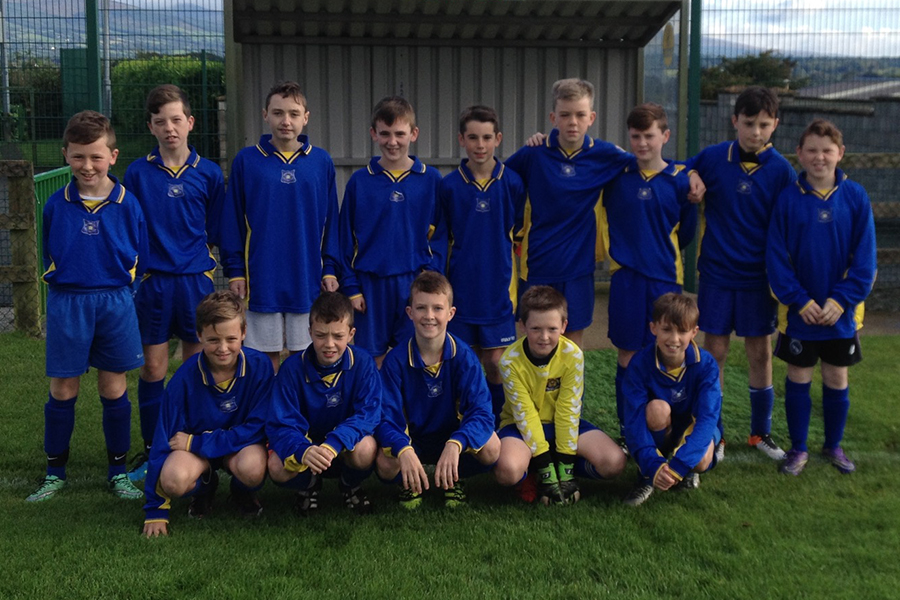 The game started with Park on top and they scored a sloppy goal in the first half. Gradually Carrig came into the game though and then dominated. Carrig scored from a well won tackle from Tom Savage who is turning into a fine centre back. Keelan O’Brien set off down the wing and crossed for Mark O’ Connor who scored with a beautiful long range shot. The defence of Liam Moore, Oisin Lynch and Tom Savage were excellent alongside Cian O’Riordan who was back to his best at left back.

Eric O’Sullivan stretched Park on the left wing with Captain Piaras Fitzpatrick playing slightly deeper than normal in midfield protecting the centre backs very well. George McCarthy showed his flexibility by playing well in midfield today rather than in attack- well done George. Mark O’Connor was the lone striker and worked tirelessly for the team and was a constant threat. Cameron Kenefick made 3 great saves and has really improved his kick outs – good man Cameron.