Under-13 Div 2 at Ballyadam

Match was also covered by the Echo – https://www.echolive.ie/corksport/arid-40713290.html

This was a great performance from Carrigtwohill against an Avondale team who were a Div 1 team last year. It was especially impressive considering that a number of players were missing due to a clashing hurling fixture which meant that Owen Aghedo, James Doyle and Bart Majche had to be called up from the U12 squad. Hugh Crowley & Cathal Doyle looked very lively getting a number of shots off in the first half as Carrigtwohill signalled their intention early.

Pol O’Connor who was involved in all aspects of the play made a surging run on the right wing and put in a cross which Cathal Doyle managed to superbly volley into the bottom left hand corner.  Soon after Pol took a free kick, which was well outside the box, and put an unstoppable shot into the top corner to put Carrigtwohill 2-0 up

The backline of Sean Barry, Cillian McCann, Matti Hodnett and Conor Nolan were very organised and totally dominant, the midfield of Eoin Garvey, Pol O’Connor, Jack Lombard and Sophia Redmond were an ever present threat and had a number of shots on target.

In the second half Ross Dorney and Rory Nolan were introduced and were very impressive in their work rate and tackles as they managed to neutralise any threat that Avondale could provide. Robert Cotter who was also lively and causing all sorts of problems for Avondale when he was introduced managed to win a penalty for Carrigtwohill when he was bundled over in the box on one of his many runs. The penalty was confidently taken by Eoin Garvey and the goal was never in doubt.

At 3-0 up, Carrigtwohill were in cruise control when Hugh Crowley made a clever pass to Sophia Redmond who broke from the halfway line and outpaced the defender marking her to get control of the ball and run on goal to get a powerful shot on target which was unstoppable for the keeper.

Although it is a normally a big step up from Under-12 to Under-13, this did not appear to be the case for the Under-12 members as they comfortably slotted into this team. Owen Aghedo and James Doyle managed to get a number shots off when they came on. Bart Majche was superb in goal and managed some fine saves but had no chance with the goal that was eventually scored by Avondale

Overall a great performance by the team to get their first points on the board. Matti Hodnett put in a Man of the match performance on his first match with the team this season.

Player of the Match: Matti Hodnett 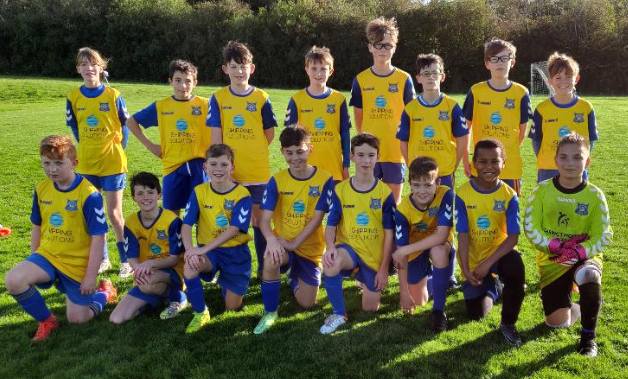 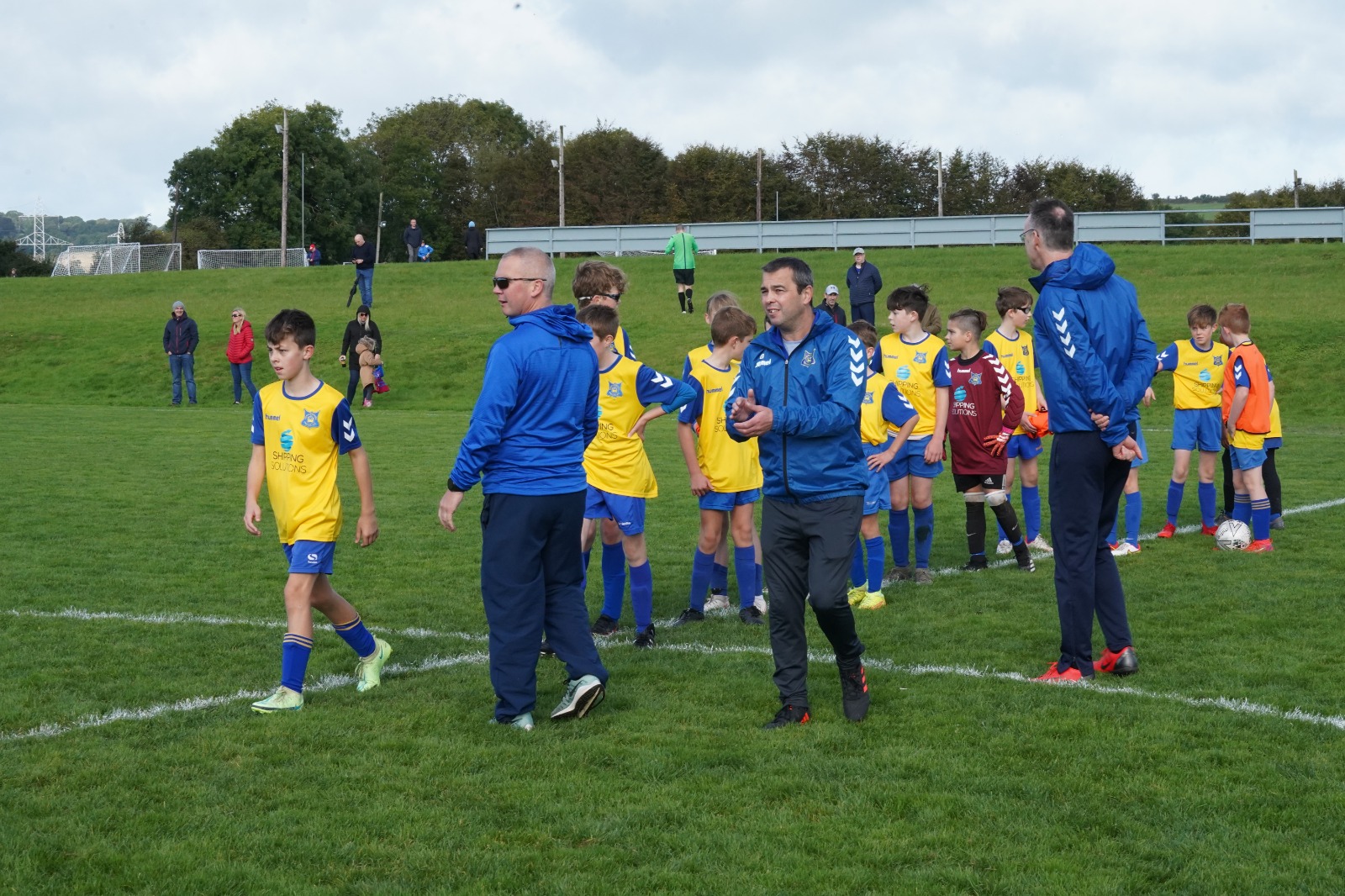 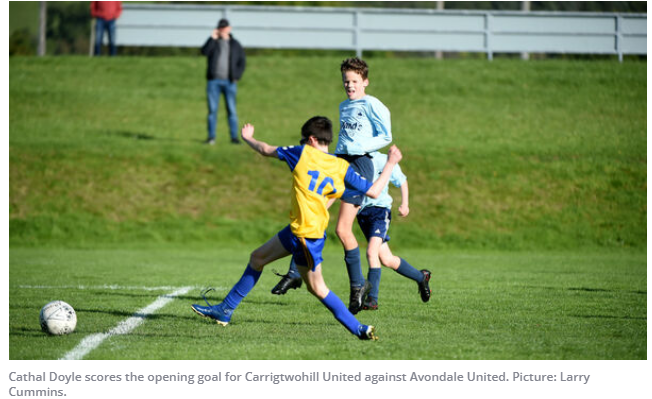 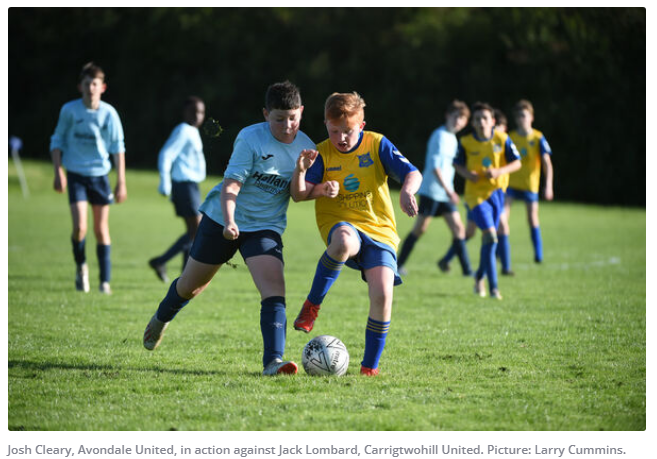