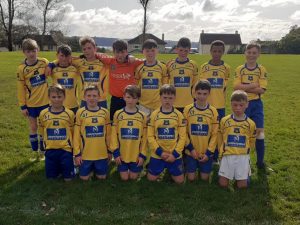 On Sunday morning, Carrigtwohill United Under-12’s made the short journey to Cobh to take on Springfield Ramblers in their CSL division 1 clash. This was a keenly contested affair and both sides made their intentions clear from the outset attacking at will. It was the home side who took the lead in the 8th minute but Carrigtwohill came right back at them with some lovely football, creating decent chances, the best of these fell to captain Morgan Foley and man of the match Tom Walsh.

On 23 minutes the visitors had their equaliser when talisman Cillian Rooney beat two Springfield defenders and finished neatly past the on-rushing keeper. Tom Walsh with his trickery on the right wing was causing the home side all sorts of problems and Carrigtwohill really should have added to their single goal before the break.

Fresh legs were introduced in the second half and Carrigtwohill again looked dangerous on both flanks with Sean Og and Evan doing well but Springfield regained the lead on 45 minutes and despite Carrigtwohill’s best efforts Springfield would defend doggedly to see out a 2-1 victory. A brilliant effort by all players again today and they could be forgiven for feeling slightly aggrieved not to have taken at least a point from their neighbours.

Player of the Match: Tom Walsh 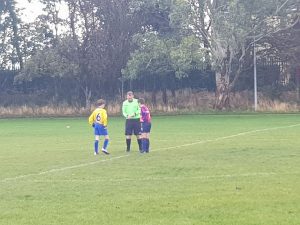 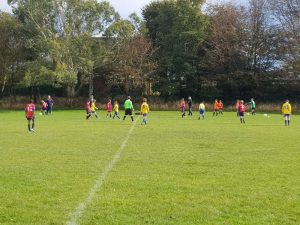