U12 v Mallow United A

U12 v Mallow United A

Our latest league game was played on a bitterly cold bank holiday morning in Ballyadam Park v Mallow Utd. We started the game in lightening fashion and scored in the first minute through Jack O’Regan. Unfortunately we got complacent and conceded soon after. Some really sloppy play for the rest of the half meant we lost control of the game and were lucky to go in at half time level at 1 all. 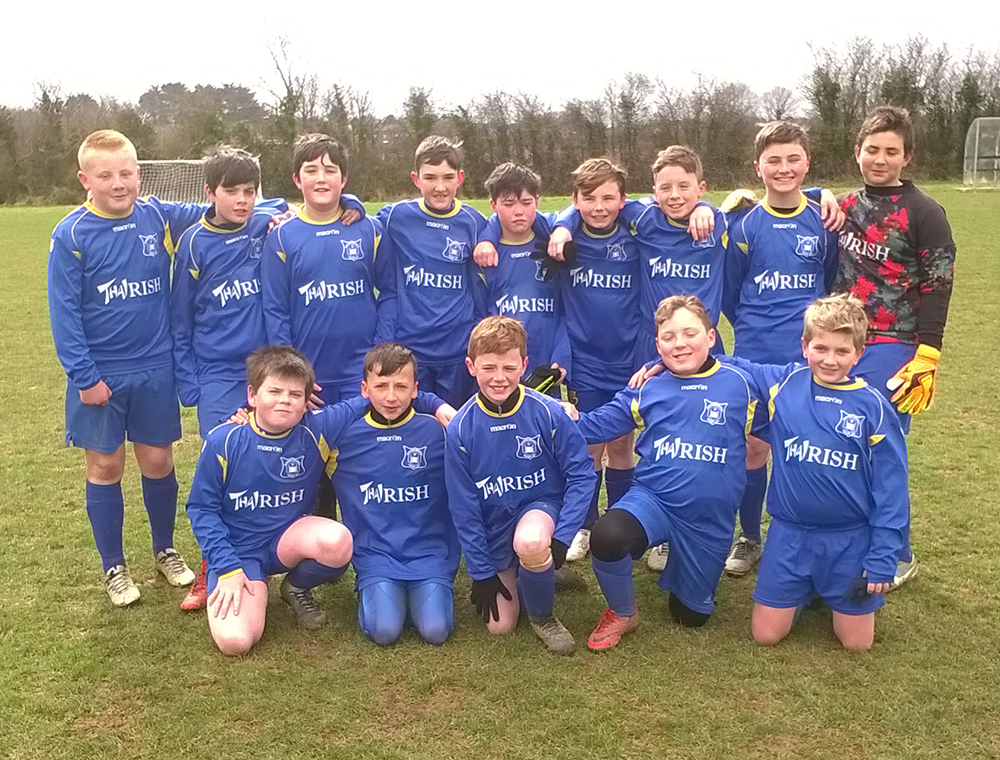 Some strong words were spoken during the break and in fairness the lads responded well to gain control of the game. Playing some good football, which we have become accustomed to in recent weeks, we took the lead 10 mins into the half. A long clearance from goalie Fillip was latched onto by Corey Cunningham to race through on goal and brilliantly finish to give us a deserved lead. Well on top in the game, we had to wait until 5 mins left to get the 3rd goal, our 2nd half efforts deserved. Callum Fitzgerald burst through on goal and with a delightful chip that beat the goalie all ends up, came back off the post but Cian Lee was on hand to smash the rebound home. Full time 3-1 win.

The most important lesson today was never underestimate  your opponent.

Today’s man of the match was Cathal Walsh who shone for the whole game when others around him got complacent. Solid defending all game meant nothing was created down his wing for the opposition.

Player of the Match; Cathal Walsh