Our final home game of the season was played on Sunday morning in Ballyadam Park, when we welcomed Mallow Town A. The team started the game well with our midfield on top and creating numerous chances. But we failed to finish the many chances, until Jack O’Regan drove hard at the Mallow defence and was brought down for a penalty. He dusted himself down and stepped up to send the goalie the wrong way, to give us the lead our first half efforts deserved, just 3 minutes before the break. 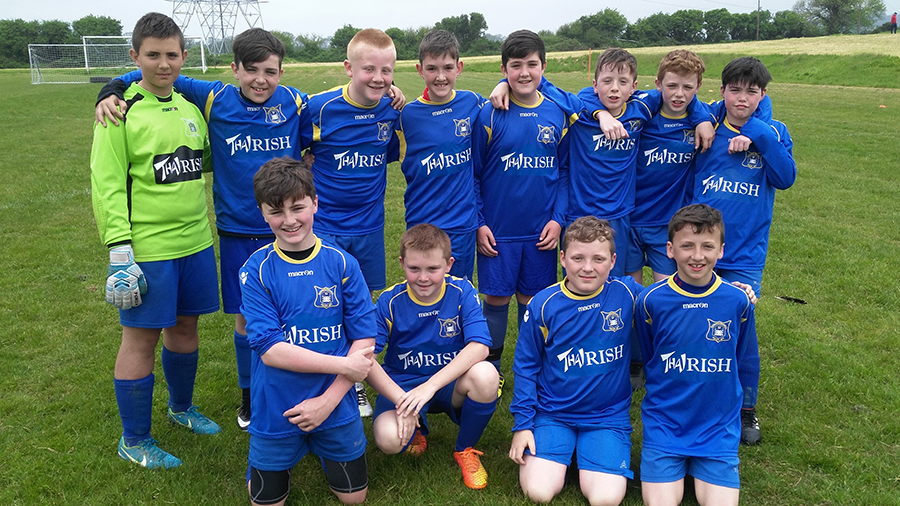 The lads knew themselves how much on top we were so the message going out for the second half was same again and the chances would come. 5 minutes in and we got a second when left back Mark McCarthy went on a great run down the wing beating his man and cutting in before unleashing an unstoppable shot that flew into the top corner.

Total dominance at this stage with constant attacking, led to the 3rd goal when Cian Lee burst down the right beating his man before putting in a great cross for Evan O’Keeffe to tap in. Having been provider for the third goal of the game Cian got on the score sheet when he finished well to seal the win. A great way to finish our home league games, with all 12 players playing their part. The work rate and skill on display was a joy to watch and showed how far this group of lads have improved from the start of the season.

Player of game was Cian Lee. Midfielder Cian gets the award today for his non stop all action display up and down the right wing. A goal and an assist was deserved on the day.

Player of the Match; Cian Lee