This was the fourth encounter with League Leaders Leeside this season (as Carrig played Leeside in both Cups!) and the second one in just over a week! Previous encounters having delivered one sided score line in favour of Leeside, this game required extra special efforts for Carrig’s under 12s and they stepped up to the proverbial plate, dominating the first quarter of the game.

On the other hand, Leeside were very dangerous on the break and the speed of their two forwards was causing problems in Carrig’s defence. However, the home team failed to convert any of their chances and it was the visitors who went ahead after 15 minutes with a superb volleyed goal on a corner.

Carrig went back in the attack in search of an equaliser and might have got one from one of the many corners they obtained. Alas, it was the visitors again who caught Carrig on the break and scored with a superb shot from the right which caught the inside of the far post. At the very end of the first half, Carrig were undone a third time by a ricochet goal where the ball hit a number of players before going in. That was a sore way to finish what had been a good half for Carrig. 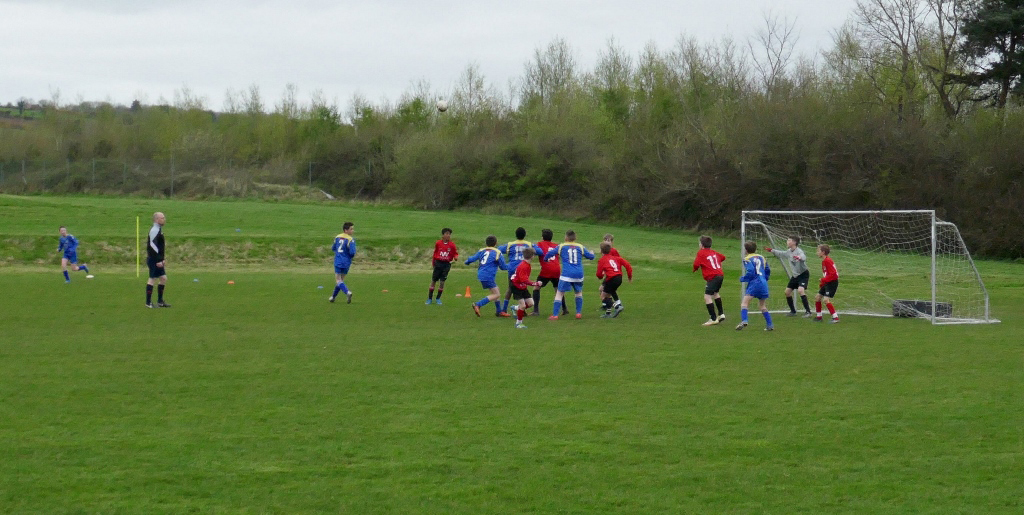 The second half saw Carrig chasing the score line with renewed enthusiasm and although it took a while, they brought it back to 3 – 1 when Ryan Wolfe floated the ball above Leeside’s goal keeper from an acute angle. This really fired Carrig up as they launched into attack in search of a way back into the game. But then, as sometimes happens when a team throws so much energy into going forward, it was Leeside who hit the jackpot with two quick goals on the counter only a minute or so from each other. There was still time for Daniel Murnanne to reduce the deficit to 5 -2 from the penalty spot after he was brought down in the last 12 yards following a superb solo effort, but the game ended with an unfortunate deflected own goal at the Carrig end.

Six – two the final score and really not an accurate reflection of the game which was even for long periods in both halves. If only Carrig had taken their chances! There is no denying the quality of Leeside’s team however – wise money on them to win the division 2 league! For Carrig, it was a great sign of progress that they had so much possession against such a class opposition, but more goals will have to be scored if the 2016 / 2017 campaign is to be a success!

Player of the Match – Daniel Murnanne