After a month without a game due to weather we welcomed city side Kilreen Celtic to Ballyadam Park on Sunday morning. The lads started with some great attacking football and really had Kilreen under all sorts of pressure. After a couple of near misses we took the lead after a corner from man of the match Jack O’Regan wasn’t cleared it took a deflection off a defender to give us the lead. A couple of minutes later and it was 2 nil. Another corner caused mayhem in the box and Tadgh sul was on hand to bury the ball over the line. Well on top the lads kept pushing on and the third goal arrived just before half time. A kick out from Kilreen was won in the middle of the park by Jack who drove forward and unleashed an unstoppable shot in to the left corner. 3 nil hlf time. 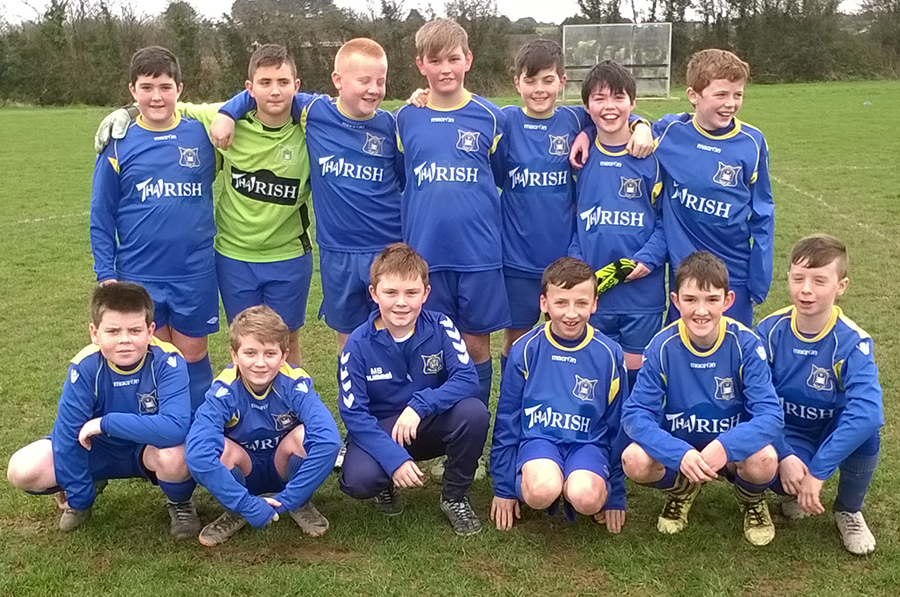 The second half started with Carrig playing all the football without getting our just rewards. It took until 5 minutes from the end to get the 4th goal. Josh won a great header midfield and set captain Tadgh Sul threw on goal and he made no mistake  with a great finish for his 2nd of the day. From Fillip in goal, back 3 of Robbie Ben and Evan midfielder’s Jack, Cillian, Josh, Cian and striker Tadgh to subs Tadgh O’Connor, Cathal Walsh and Charlie McCarthy this was a real team performance which shows what can be achieved with the right attitude. Well done lads.

Player of the Match; Jack O’Regan