On a beautiful sunny bank holiday Sunday morning we had our 2nd away trip in four days when we headed to Grenagh to try and continue our unbeaten run in the league. A very good start to the game from our lads saw us on the front foot through some good football.

Our squad on the day included a couple of the under 11s, who were playing there first 9 a side game and all were really up for the experience. 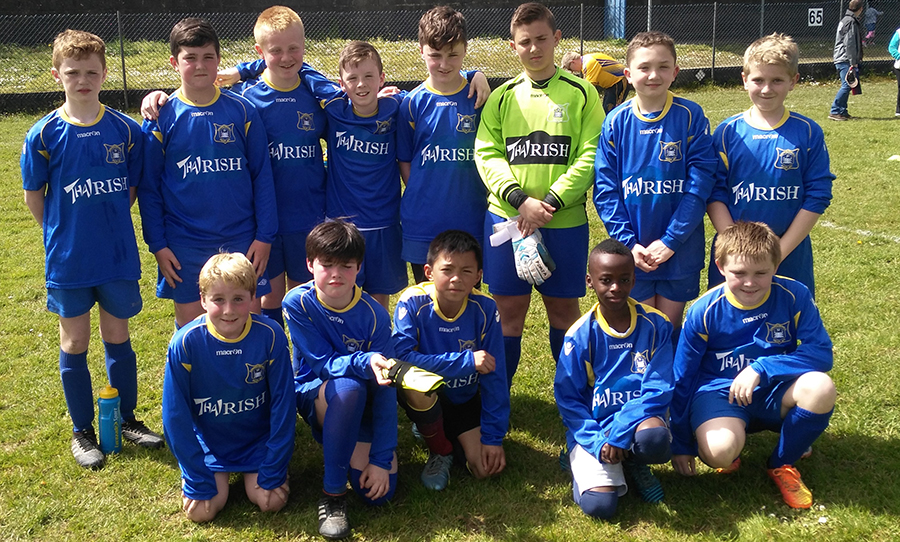 Alex O’Sullivan on the right wing was sending some brilliant crosses into the box only for the ball not to drop right or the Grenagh goalie to pull off some great saves. Fillip, our captain on the day, had little or nothing to do in the first half. Half time scoreless, but not from want of effort by our lads.

The 2nd half was much the same with Carrig controlling the game and pushing hard for the first goal. Unfortunately it was one of those days when the ball would just not fall right in front of goal and in the last minute of the game a great cross from Rollie went just behind Alex and was cleared by Grenagh.

A nil all draw and the first game this year when we failed to score. No blame on the lads today who gave everything but had no luck on the day.

Cathal Walsh our right back gets man of match award today.From his first tackle he hardly put a foot wrong all day.

Special mention to the 3 under 11s who played today – Alex, Rollie and Amany. A new experience for the lads but they showed they are well able for next year.

Player of the Match; Cathal Walsh