Another poor 2nd half display saw us bow out of the Albert Coyne Cup to Division 3 side Fermoy.

The game started well, both teams playing some good football. Piaras in a new midfield position was playing some good balls forward. Liam on the right was causing problems for the home defence, but as with most games some far the luck deserted Carrig. A free from the left was not threatening, but then took a deflection off Oisin and beat Mark in the goals. We could have drawn level with both Piaras and Adam bringing saves from the Fermoy keeper. Just before the break Fermoy doubled their lead. We failed to clear a ball from our defence and their forward struck a great shot into the roof of net. 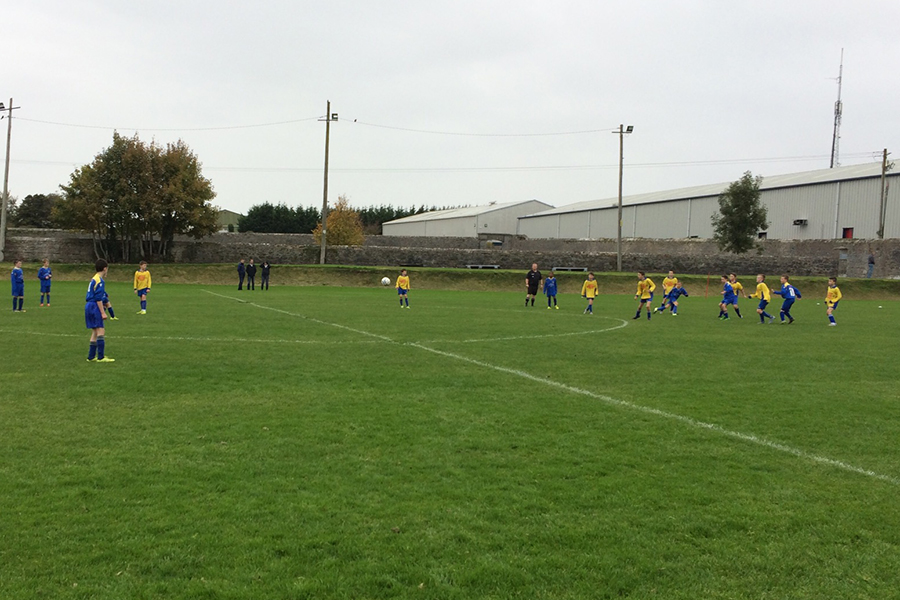 We started better in the second half and when Eric broke down the right and crossed for Liam, he smartly finished low into the far post to get Carrig back into the game. From here things just got worse, as a combination of good play from Fermoy and poor team defending allowed the home team to score 5 unanswered goals. We got a good consolation at the end, when a great corner from Cian was meet by Piaras with a strong header to leave the score 7-2.