The venue was familiar – Ballyadam Park’s juvenile pitch, set as a 9v9 box to box game – and so was the opposition – Carrigaline Hibernians, but that was no advantage given the results of previous encounters where Carrig had been well beaten.

Still, the coaches asked the players to compete for every ball and see what would happen.

Carrig’s U12s started strongly and were clearly not fazed by the occasion. Whilst it was tough to get close to the opponents’ goals, Carrig certainly had a lot of possession initially. Then, Carrigaline started to play faster and were well organised. Suddenly, their forwards combined to beat the offside trap and score from close range. 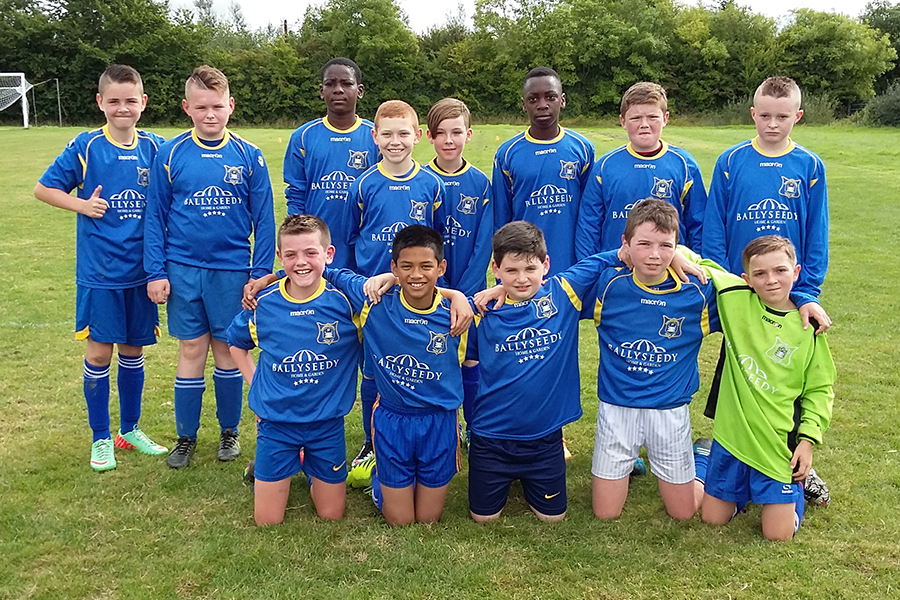 Still Carrig were not disheartened and kept pushing. The score remained 1 nil a long time until 10 minutes in the second half when Daniel Murnane working tirelessly in midfield found space on the right and shot powerfully in the opposite corner. With the score now at parity, you felt that Carrig had more in the tank but again Carrigaline were well organised and in what seemed to be a last throw of the dice, the visitors went up again on a well-crafted corner kick headed in at the far post.

Before that happened, both teams had hit the cross bar and you would have felt that a draw was a fair outcome but Carrig now faced defeat in their first match.

There was more time however and on a late corner kick, Ose Oyon rose above everyone else to head the ball over the line. And there was even more time then, for Carrigaline to break on the right but their rocket shot at the near post was saved by Ruairi Adam Carrig’s goal keeper on the day. That was a draw that Carrig were delighted to record against strong opposition! Certainly if such spirit and engagement is on show at every match, this panel is going to have a fine season, despite the tough division they are in.

A number of players performed very well on the day, but for his flawless contribution at right back, Ryan Todd certainly deserves an accolade after this match.

Player of the Match – Ryan Todd