Ireland being Ireland, there are sometimes wet mornings and, then there are also occasionally VERY wet mornings, and this was one of them. The weather closed in and the rain never relented from the team talk to the end of the match, leaving players, coaches and parents (those that did not drive away to the neighbouring petrol station for tea and croissants that is) soaking wet and even dripping on the touchline. 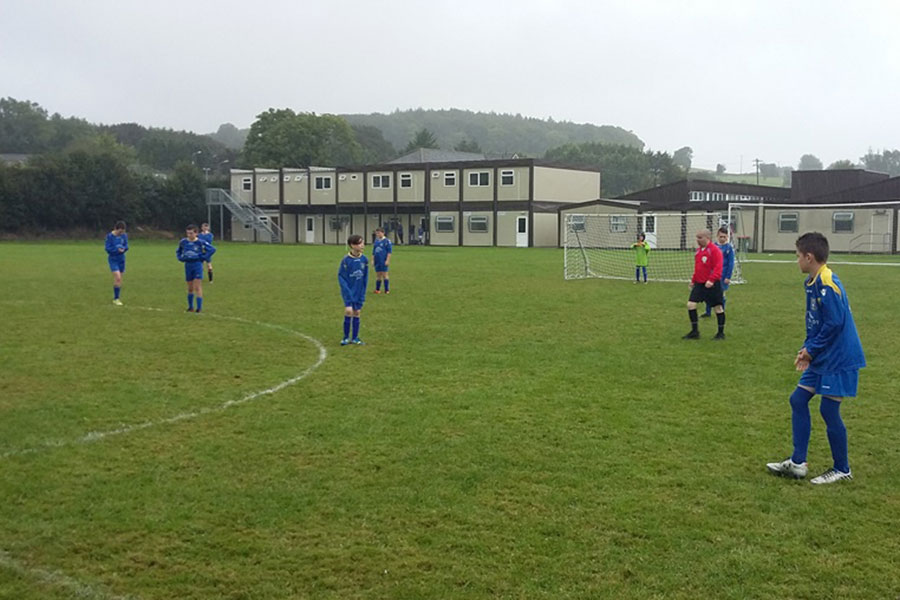 The founder’s cup has the knack for producing fixtures that would not otherwise be played, between teams across different divisions, with sometimes very different levels. This one on the other hand, although it was played between two teams from different divisions – Carrig being in Div 2 and Blarney A in Div 5 – were very evenly matched on the day, perhaps illustrating that the assignment of teams into divisions at U12 level (the first competitive age group in the CSL) is not an exact science.

Even, at the outset, it was the home team who got off to the better start, with Blarney really pinning down Carrig in their own half and it seemed like the scoring would be open right away, but in fact Carrig held and the match eventually balanced out until one of Blarney’s strikers recovered the ball 25 yards out and riffled it into the top left corner. It was a fantastic goal in such conditions and Carrig were at the wrong end of the scoreline. The goal however really put the visitors in gear and they pushed all the way to half time, although without success. Daniel Murnane took over the midfield and tried to lead Carrig forward, moving the ball wide to Jake Ryan and Ose Oyon and forward to Dylan Curran. One or two goalmouth situations at the home end left the Carrig supporters wondering if the ball was ever going to go in the Blarney net!

The second half was different as Carrig went out in search of better luck and really dominated for long periods. Ruairi Adam who had come out of goals was marauding in the lone striker position and obtained a corner on the right hand side. Cormac Murphy stepped up to curl it with his left foot and did so with such accuracy that his shot sailed over the heads and straight under the cross bar. What a way to level the score!

Within minutes, Carrig were in front. This time, it was Ryan Wolf who had been working tirelessly throughout the match who ran onto a through ball and unleashed a powerful shot which took a deflection off one of the retreating backs and wrong footed the Blarney Keeper.

Still, Blarney were dangerous on the counter and the Carrig defence had to remain alert. Darragh Higgins, Adam Murphy, Ryan Deasy and the Todd brothers Ryan and David all put in a massive performance in defence. And so there was much relief when Cormac Murphy turned provider to cross from the left and find Ruairi Adam at the penalty spot who forced the ball past the Blarney keeper. That goal sealed the deal and the ref blew the final whistle – time to shake hands and run out of the rain at last! 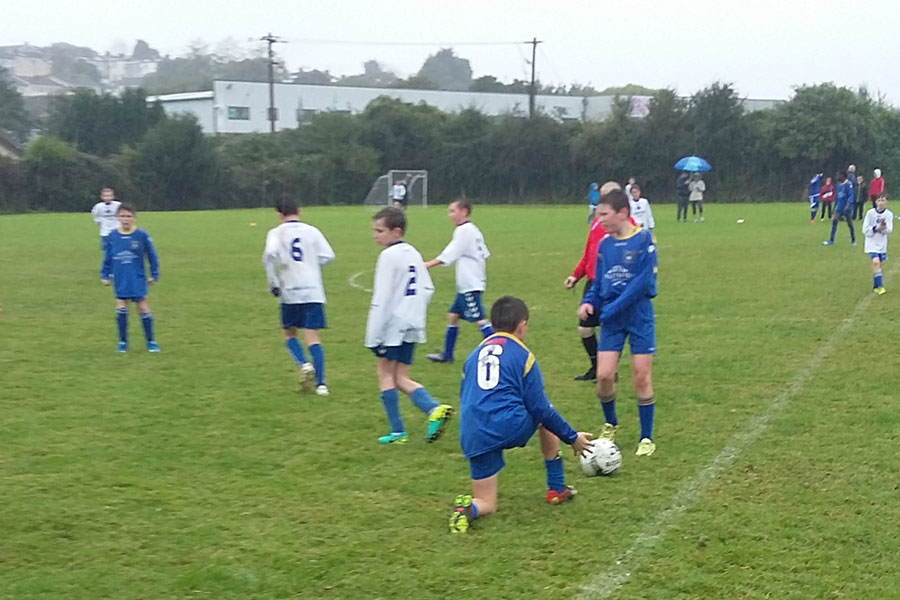