We welcomed Avondale Utd to Ballyadam Park on Tuesday night for a last 32 game in the Albert Conboye Cup. After a bright start to the game we fell behind against the run of play. Unfortunately a second was conceded within two minutes. The boys tried hard to get back into the game before half time but it was Avondale who snatched a third goal before half time. Having played as well as the opposition in the first half and to go in losing 3-nil was hard to take. 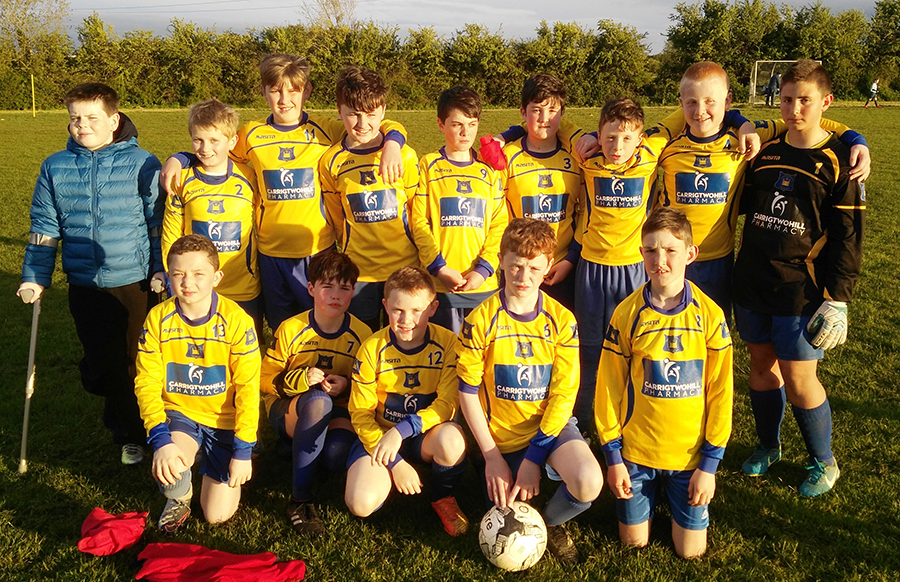 In fairness to all the lads they really took the game to Avondale in the 2nd half and were rewarded with a goal when Josh won the ball in midfield and set up Mathew to brilliantly finish into the top corner. Try as hard as the  lads could it wasn’t meant to be our day and we conceded a fourth following a fast break from Avondale.

No fault on the lads who played there hearts out and never gave up. Some fabulous saves by Filip in the second half were a real talking point of the match.

Captain on the night was Josh Tynan who led the team by example, breaking up attacks in midfield and setting up chances for his teammates while constantly talking to his fellow midfielders, is deservedly named man of the match.

Player of the Match; Josh Tynan