On Sunday afternoon, Carrigtwohill United Under-12’s found themselves on the road again as they travelled to Beaumont Park to take on Avondale. The two evenly matched sides would produce a thrilling afternoon of quality football. After an edgy start from both teams it was Avondale who took the lead on 5 mins following a corner.

With both sides playing out from the back and keeping the ball on the deck entertainment value was at a premium and it was following such a passage of play that Carrigtwohill won a corner. Roan placed the ball and drilled it towards the near post, it duly stuck the post and ricocheted off the Avondale keeper who gathered it on the line at the 2nd attempt.

Again, following good build up play Noah Eddins saw his speculative volley just flash wide while at the other end Adam Lee was called into action to keep the home sides forwards at bay. 1-0 at half time.

The second half was again an open affair with both sides playing attacking football and Niall Barry and his defence stood firm to thwart the home sides advances while going forward Cillian Rooney threatened but just could not apply the finish.

Carrigtwohill’s best effort came from Rian (c) when his left footed strike seemed certain to find the bottom corner only for the home keeper to get his fingertips on it and turn the ball around the post. Another fantastic performance by all but alas no points on the road yet. 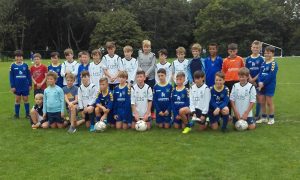 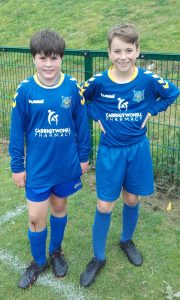 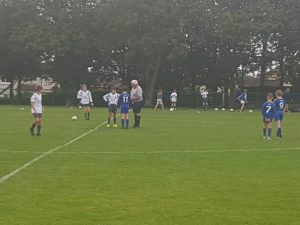