In our very first experience in a local cup we were drawn against a Watergrasshill A team in a 7v7 match with our first official referee.

We started the game with obvious nerves which settled soon after. Our two central defenders led the way along with a dominant midfield. We soon scored our first goal with Rollie hitting the net with a lovely strike from distance which gave the lads alot of confidence, soon after that Leslie poached from close range, we finished the half 2 nil up. 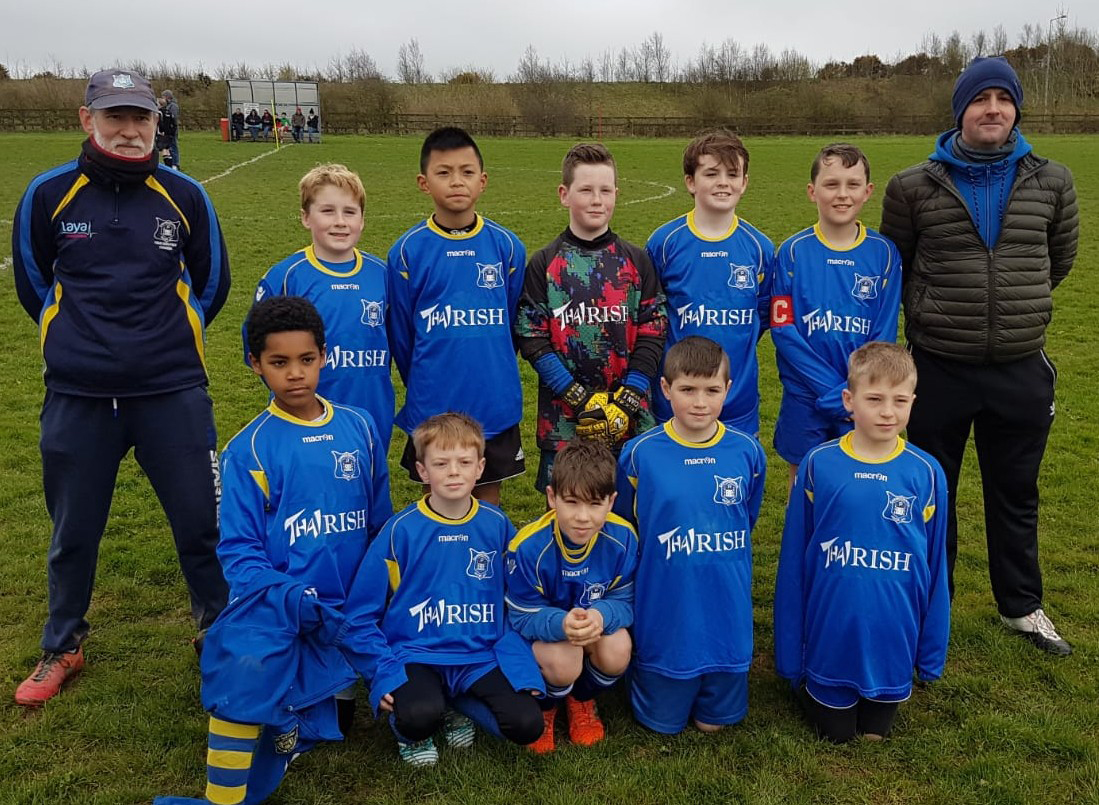 After making a few changes at half time we carried on as we had finished the first half. Some great possession from our midfield and wingers who were too strong for the opposing team. Eventually Leo scored the 3rd with nice speed and positioning slotting the ball past the keeper. Our opposition was then awarded a penalty towards the end of the game which our keeper Cian pushed onto the crossbar and saved.

Great day out and onwards and upwards for the U11’s.