Carrig U11s put up a Gallant fight against Rockmount

On a chili Sunday afternoon. We  converged at Carrigtwohill Astro Pitch for what happened to be an exciting encounter with highly rated side Rockmount. We had two sides of 9 aside where one side was deemed an A side and another a B side.

Our A team started slowly with good interplay, passing and possession . Rory Dolan  led the lines well holding up the ball, running into channels and making himself available to receive passes. In the middle the  evergreen Amany Nsenguimva  put up a gallant fight to thwart most attacks that the marauding Rockmount launched. Dennis Sitarek though a usual outfield player had a starring first half display in goals that was marred by conceding an early scrappy goal in a goal-mouth scramble. Even though Rockmount led by 3 goals, Carrigtwohill came back strongly in second half with few player reshuffling that saw Rockmount call for an early whistle in fear of conceding a late equalizer. Overall Carrig dominated the midfield and Amany as usual won most duels to earn himself a MOTM award in a game Rockmount capitalized on intercepting the retreat line passes. 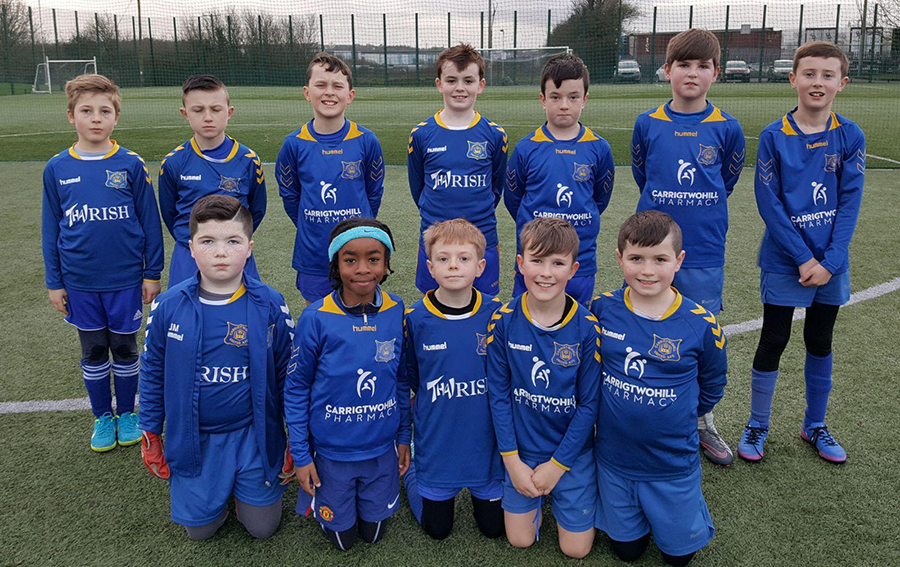 In the (B) second team game the Carrig lads did themselves proud standing strong for most of the first half. We just couldn’t score despite clearly being on top of the situation for most periods of time. With a bit more quality in the last third we could have surged ahead and blown out of site. That only came late in second half when Leroy Mhondiwa worked past  players to lay a beautiful pass in the path of Noah O’Neill who made no mistake on a tight angle to score a beautiful team goal of the day. Jayden Washeka put up a gallant fight in defense throughout the game despite being exposed to two attackers for most times. His MOTM moment came with mature composure on the ball that saw him once winning possession on center circle, dribbling  and smash the ball on crossbar. Overall our kids where highly motivated winning every second ball and cooperating well with coaches on substitutions.

Player of the Match; Amany Nsenguimva and Jayden Washeka
NB: Our MOTM awards are purely based on player’s discipline on the pitch, cooperating with coaches and surpassing his own ability rather than a comparison against other players.