The weather has really taken a turn for the worst this week and with storms forecasted for the weekend, a change of time and venue had been planned well in advance for the second meeting with Passage West.

The use of the All Weather Pitch in the village made up for the closure of Ballyadam Park, whilst the postponement of the match till late afternoon allowed the storm to move away. Sadly, despite proper announcement on the League website, a misunderstanding had meant that Passage West were waiting for Carrig at their own All Weather pitch instead of coming to Carrigtwohill.

No matter, the beauty of these twin game series is that they allow for the invitation of enough players to do away with an opposition.

So for the second time this season, a Carrig v Carrig replaced a league match and actually, the engagement of the players and quality of the play did not seem to suffer, quite the opposite. A final score of 4 all closed off a very eventful hour of soccer. The players seemed to enjoy the occasion – the parents and coaches really enjoyed the occasion!! 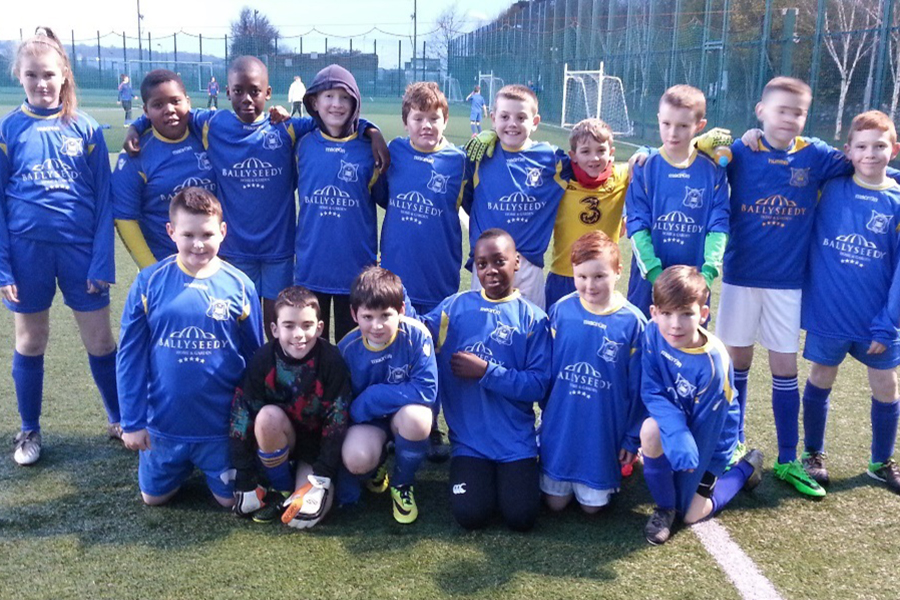