League v Passage United in Passage on Sunday 22nd May 2016

This is a match that may be remembered for the extreme weather more so than for the quality of the football played by both teams, but it was worth travelling to Passage West to see this, as this encountered featured yet another 11 a side match due to numbers. 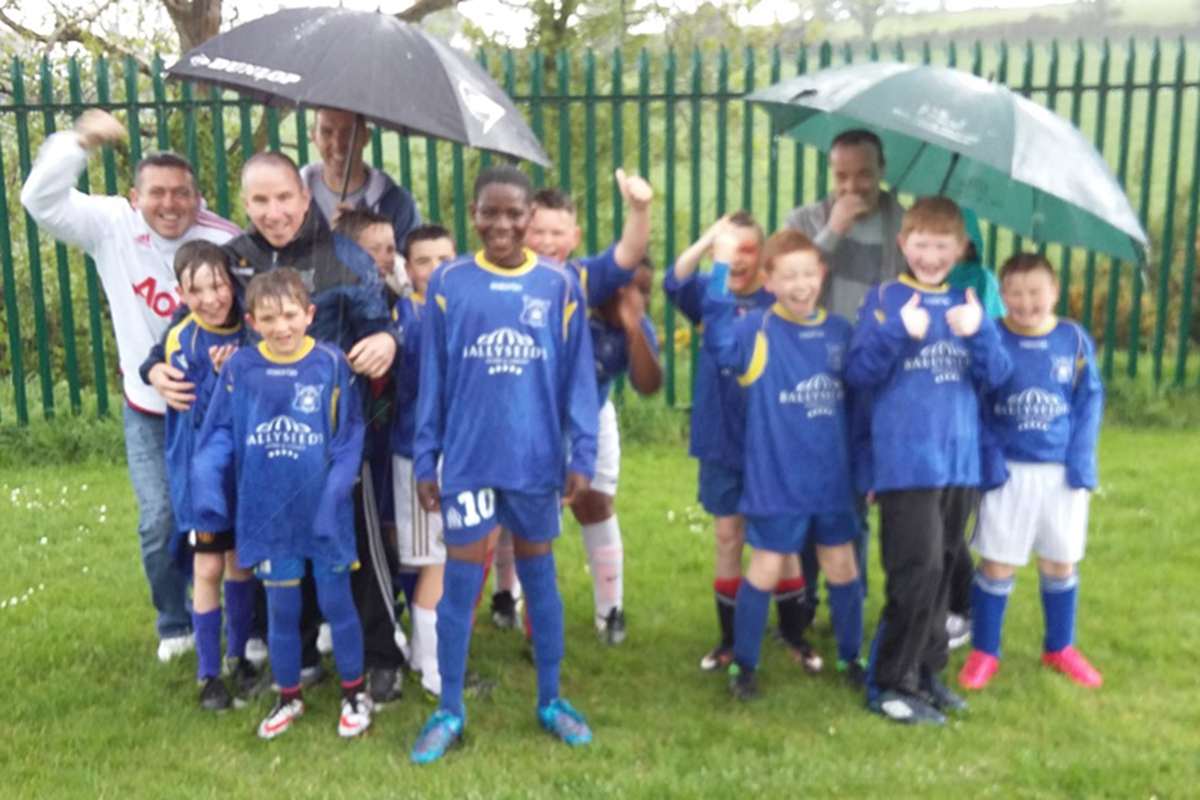 The new format promoted for the U10s and U11s by the FAI this year has really proven a challenge for many clubs and with the season dragging on after the bad weather postponed the second stage of the season, even Carrigtwohill is struggling to play the twin 7 a side games.

After a competitive first half, both teams re-joined the action only for the threatening clouds overhead to burst open and unleash the kind of downpours that stops anything from going ahead.

The ref and players ran for cover – only there is no cover at this particular venue and Carrig’s finest found a scant refuge under a pair of large umbrellas brought by well equipped parents.

As the hailstone shower abated, players ran back onto the pitch to finish what they had started, with the adults “in charge” wondering how wise this really was! 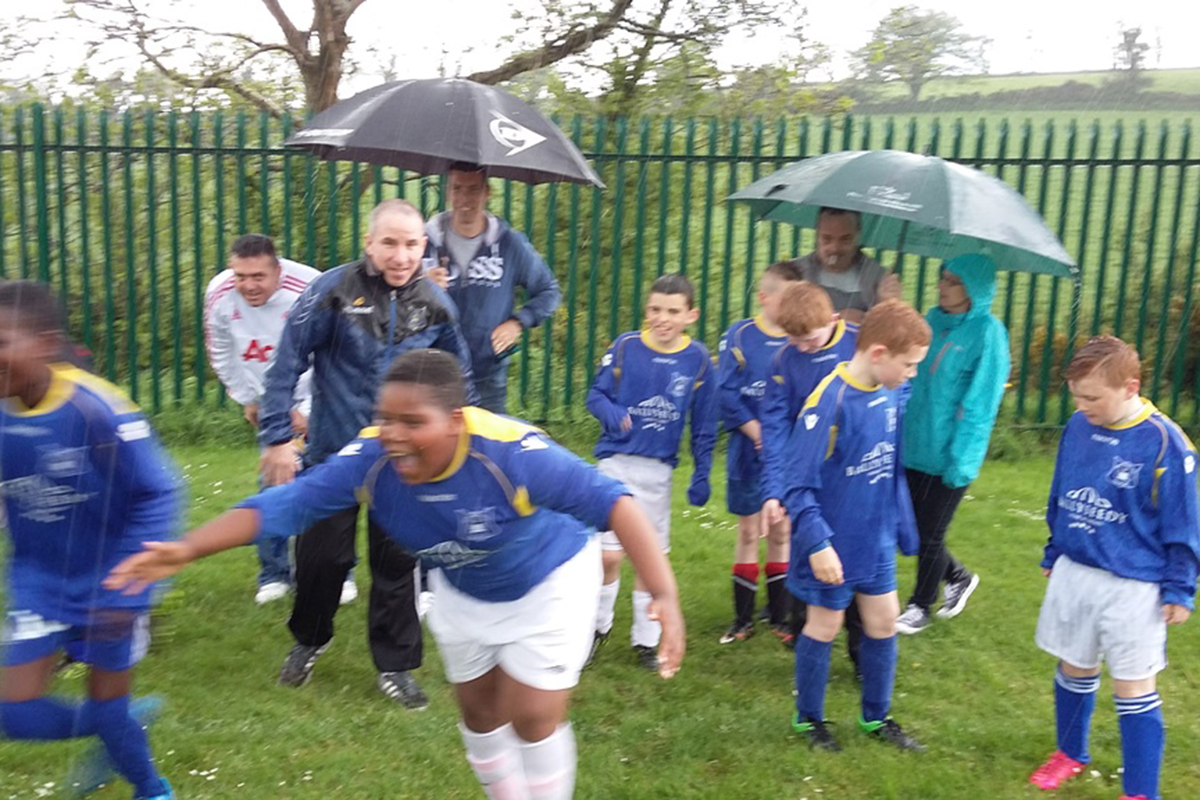 Just time for the sun to appear and begin to dry the jerseys, it was time to wrap it up – a good test of human resilience! Let’s hope bronchitis does not strike too many of our brave youngsters!