In a final friendly before the recommencement of U11 league games in the next 2 weeks, Carrig Utd u11s traveled to Ballyphehane on a lovely day for football, to play a friendly v Kilreen Celtic u11s. In a dress rehearsal for next years u12s league, Carrig Utd took on our hosts in a 9 v 9 game, played out to u12 pitch size and rules.

For our lads, this was a big step up from the usual twin games on smaller pitch sizes, played at u11s. This was very evident in the first half as most of the play was very much bunched in the centre of the pitch. The game was very tight with no scorer at half time. However, the game was starting to open up towards the end of the first half, with the lads beginning to find their feet and making more use of the width of the pitch. 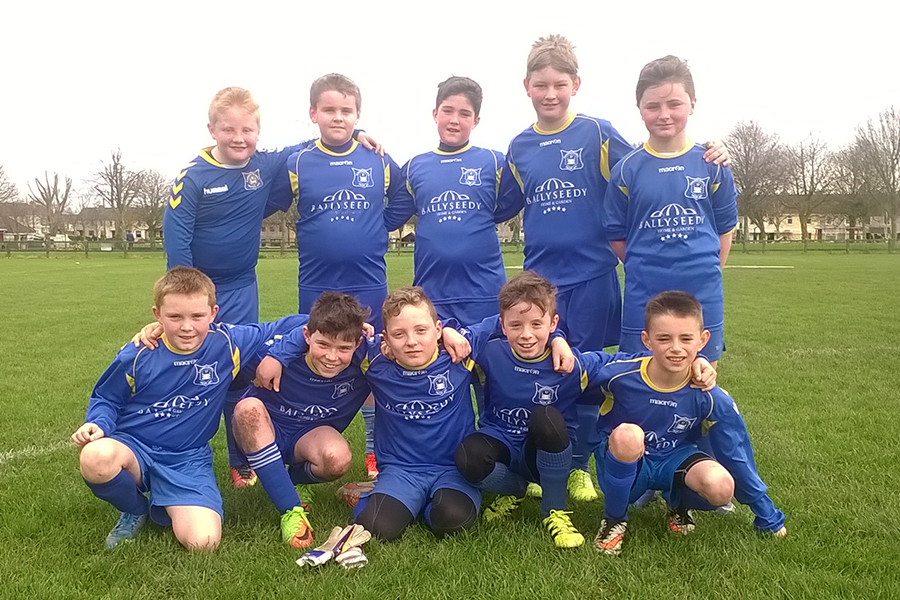 With the second half, came even more confidence and both teams started to show some good team play, with chances coming for both teams. Carrig really started to get into their stride in making full use of the wings and delivering crosses into the  box. The game stayed tight all the way to the end with scores coming in the last 5 minutes from well worked openings. At the end, scores were level and both teams left the pitch very happy after a well played and competitive game, with great goals.

Great credit to all our u11s today, as they showed some great positional play & awareness. They did brilliant to adjust to the new pitch size etc and as they grew into the game, their developing confidence allowed them to show off the skills and team play that they have been developing over the last few months.