Another glorious Sunday morning – particularly for this time of year, gave Carrig’s U11s a suitable return to competition after several match cancellations! Coaches and players were also hoping to put the disappointment of the Kevin Dillon Cup behind them, and both teams started brightly.

Crosshaven were undoubtedly well organised and their pace upfront was matched by very solid defending by their two centre backs.

After about 15 minutes, the pressure was beginning to tell and Carrig were finding it harder and harder to come out with the ball. Too many clearances floated into the midfield were Carrig players had deserted in their efforts to defend under pressure. A searching free kick somehow evading everyone and sneaked inside the far post for one nil. Later on in the half, a blistering counter by Crosshaven produced a one on one on the keeper for 2 nil. 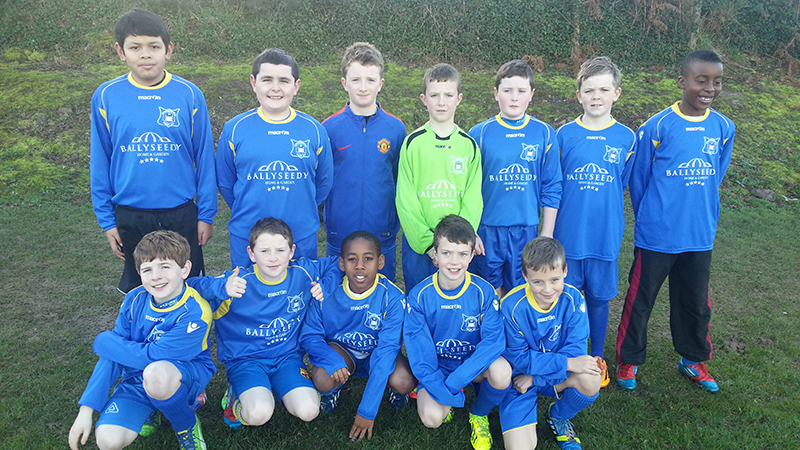 The visitors came back with better intentions in the second half and put pressure on Crosshaven, but Carrig just could not score the goal that would bring them back into the game. The home side, by contrast were very dangerous on the break and it took an amazing one hand full stretch reflex save from Dennis Ogenete to keep it a 2 nil. A fine save like you rarely see in this age group.

As Carrig were not scoring, Crosshaven were taking more chances and leaving more players upfront. This paid off and they score another two goals in quick succession on the break, before Dennis Ogenete produced another unbelievable save on yet another one v one – only this time with the left foot.

The scoreline was severe, although the outcome was a fair one – there were many positives to take away however, as carrig never gave an inch and attacked to the bitter end and Liam Moore produced an exemplar performance up front, fighting for every ball, tracking midfielders, tackling at full stretch and generally deserving handsomely his Man-of-the-Match accolade!