On a long weekend that involved a clash with another sports fixture, Carrig’s U11’s welcomed Crosshaven at Ballyadam Park. Against such strong opposition, it was always going to be difficult to pull a good result out of the bag. However, Carrig played excellent soccer throughout the first half, only conceding two goals, one from play when one of Crosshaven’s very quick forwards managed to run on goal from the left, and one from a free kick which took a deflection off the wall. 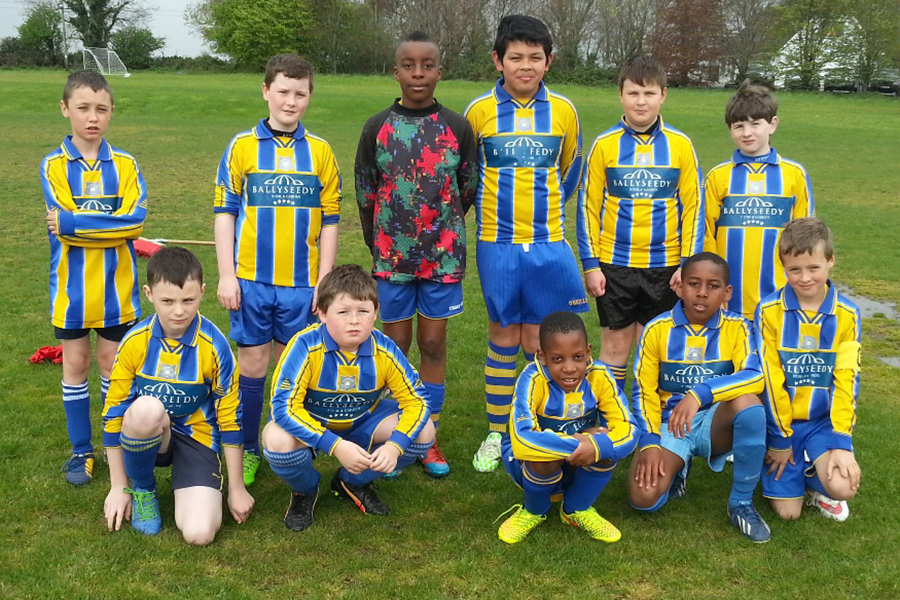 Again, in the second half, Carrig played excellent soccer, competing for every ball and created a good few chances. In the end though, the efforts made in covering the unusually large pitch (Crosshaven having insisted that it be made bigger) took their toll and Carrig conceded 4 more goals in the last 5 minutes.

Focusing on the pertinent portion of the game though, there was much to be satisfied with: a lesson in cohesion and support from a team which included a few less experienced players.