U11 v Ballincollig A

U11 v Ballincollig A

League v Ballincollig A in Regional Park on Saturday 21st February 2015
Ballincollig A 0 Carrigtwohill United 3. Ballincollig Forfeited.
The long travel to Ballincollig had a twist in the tail with Ballincollig unable to field a team for the league fixture. The pitch freshly lined up was too much of a temptation for the coach and the players however and a training match was promptly organised with 3 Carrig players joining the Balllincollig team for a friendly 10 a side.

Just what the doctor ordered to rescue what had seemed to a waste of a trip! 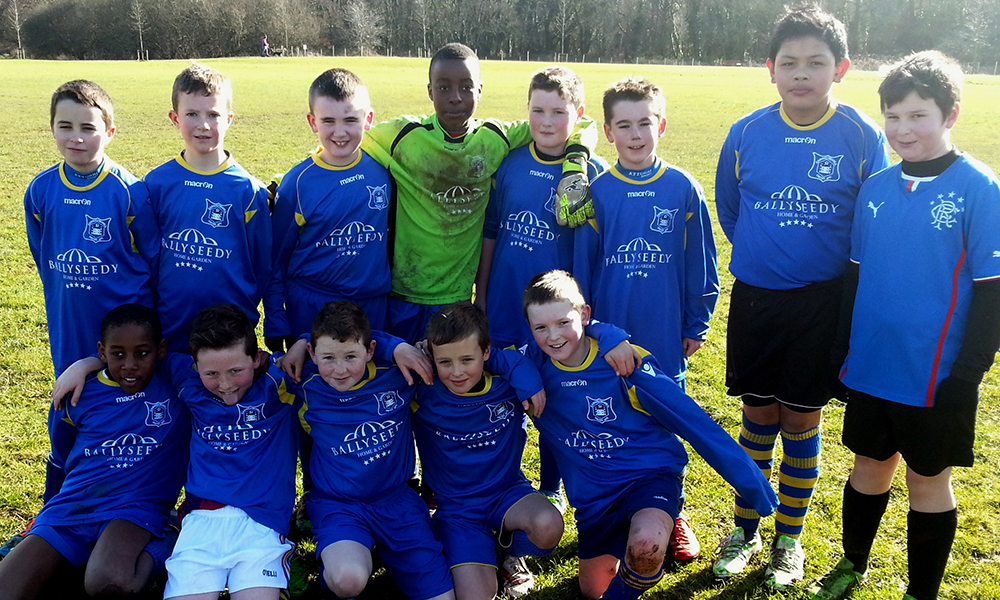 The team photograph was taken after the match for a change, which explains the less than spotless team gear worm by the players! The only thing that remained clean after one hour of soccer was Dennis Ogenete’s Clean Sheet! The first of many, no doubt, after another couple of simply unbelievable saves by Carrig’s U11 keeper.