On a beautiful afternoon in Ballyadam the lads took on Springfield Ramblers from Cobh. This was the fourth round of games in the league and the lads are really getting into their stride now with the longer games and new rules.

The games today were a match for the weather. There were superb passages of play, with some fantastic passing and movement on and off the ball. Both sides did their best to play football on the deck and entertain the onlookers. There was a couple of outstanding team goals from both sides and the lads were a joy to watch for periods in the games. There was also one or two unbelievable saves today. The boys are learning about the responsibilities of each role in the team and taking on board all the advice from the coaches. The hard work from all the players in attacking is easy for all to see but it’s their commitment to winning the ball back and supporting each which is really great to see. The hard work they put in is a credit to them. 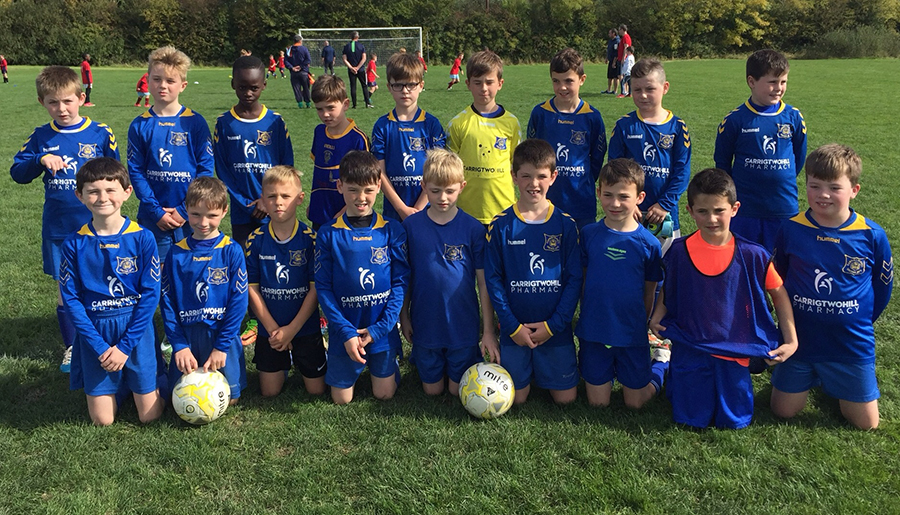 Both sides today were a credit to their clubs, fantastic respect shown to all involved and the day finished up with a nail biting penalty shoot out to cap off a great days football… Carrig Abu….