The u10s finally got the second half of the season started after a few postponements. Today was also hit and miss with the weather terrible for a game of football. Despite the near freezing conditions all the lads were really enthusiastic and ready to go. 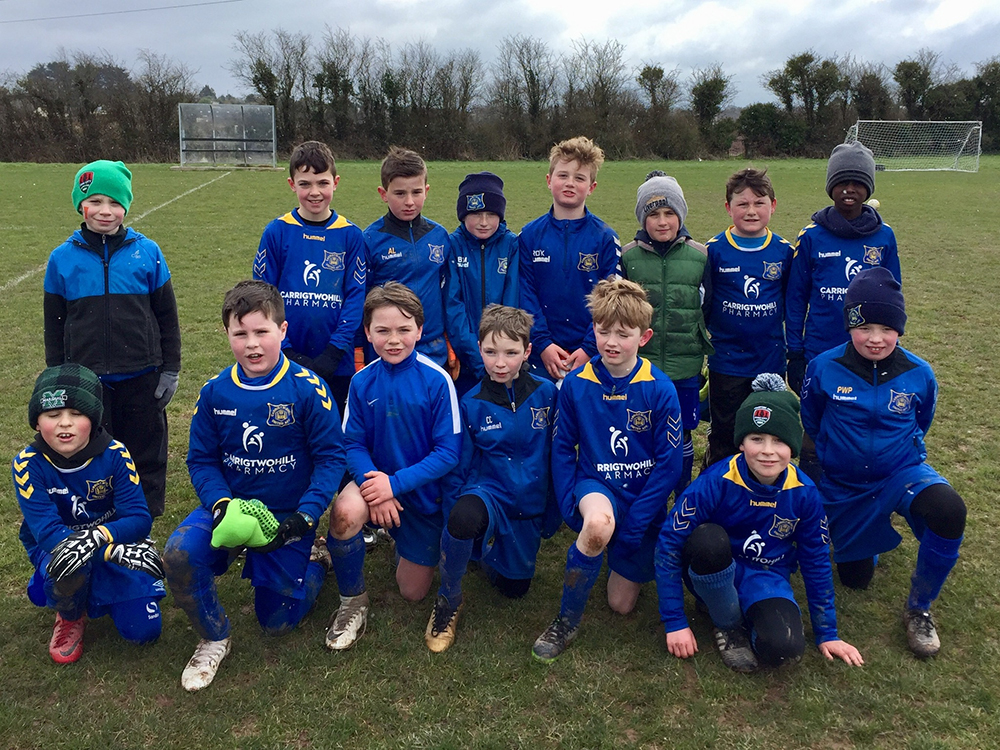 We hosted Castleview today and played some very competitive games. Both teams did their best to play football. With some lovely passages of play from both sides. The lads were a bit rusty from being without a game for so long but quickly got into their stride. They boys have a great work ethic and this really will help us in the future. Both teams played the games in the right spirit with good support for both sides who were treated to some great goals in high scoring games.

As always the lads did really well in the games, great effort, skills and teamwork. Well done lads, Carrig Abu..