U10 in Turners Cross

U10 in Turners Cross

The Carrigtwohill Under-10 squad were invited by Cork City FC to play at half time in the first home game of the season against Waterford on Friday 23rd of February and what a night it turned out to be.

The squad began the evening with a team dinner in Thairish, a great way to begin the night. The excitement was bubbling amongst the lads and we have to really thank the owners and staff for looking after us and being so welcoming which set us up for the night ahead. The squad then boarded the team bus to head to Turners Cross. 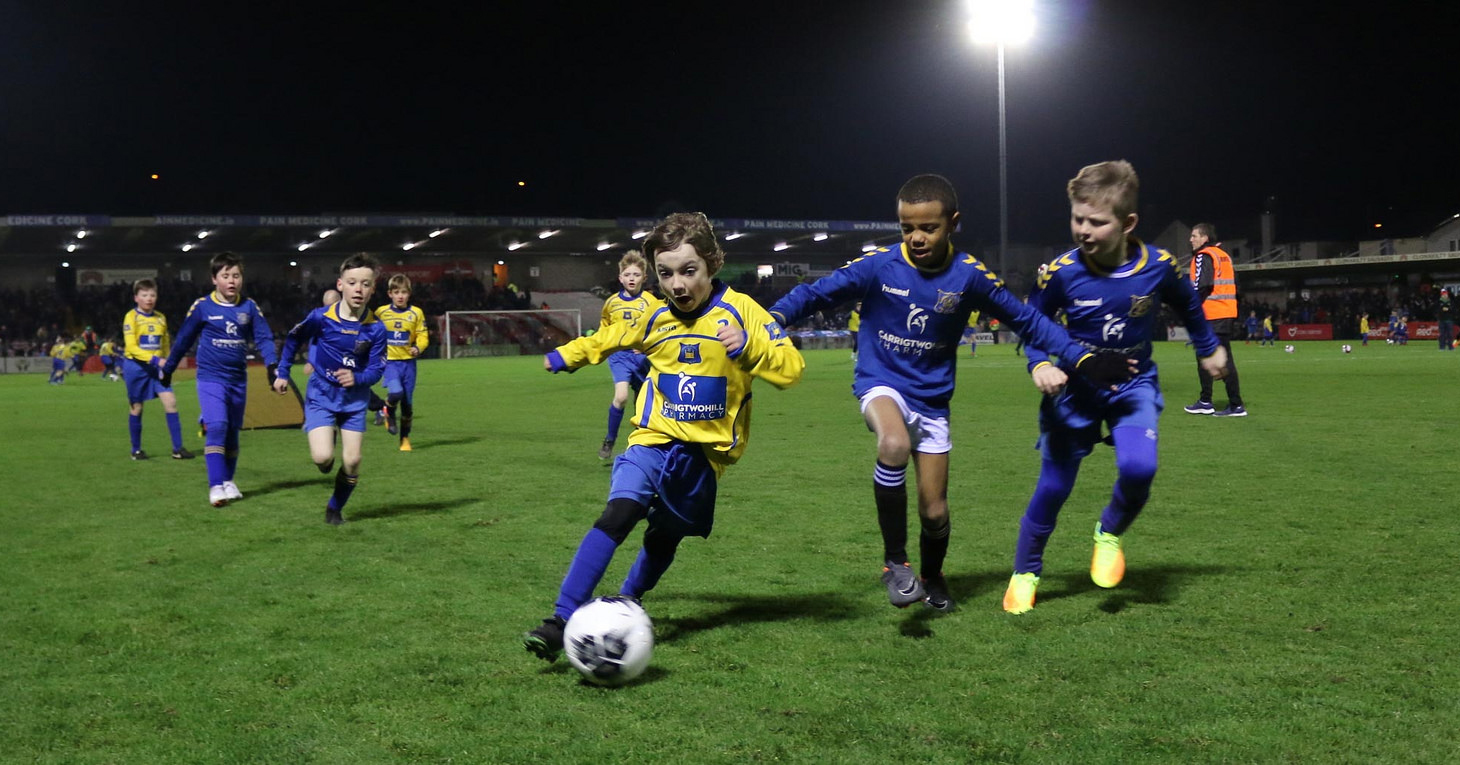 Once they arrived at Turners Cross and joined the crowds flooding into the stadium, the excitement was really building up. The way Cork City looked after the kids is a credit to the club. Marie and Eanna had everything organised and in particular Pat Sisk who was the perfect host. He really set the tone with his enthusiasm for City and the lads fed off this. They were made to feel really special in the Family enclosure and we can’t thank Pat, Marie and Cork City enough for that.

Approaching half-time and with the main match poised at nil all, the Carrigtwohill lads took their position in the tunnel ready for their big moment.
They were buzzing, eager to show off their skills and commitment. Once they stepped onto the pitch, they were in their element. Not fazed a bit in front of a crowd of neary 7000 people and just enjoying their moment. They way they conducted themeselves was a credit to the club and the village they were representing. Well done lads.
In the second half, they were treated to 2 Cork City goals and goody bags kindly sponsored by Supervalu Midleton.

All in all, it was a fantastic evening for the boys and one that will live long in the memory of all involved. As we boarded the team bus to head home after the match there was nothing but smiles and tired heads. The result of a great evening.
Thanks to everyone involved from Cork City FC, Thairish, Supervalu Midleton, Carrigtwohill United and of course Martin Cambridge who brought it all together, for making it a very special evening for the lads.