After the Christmas break, both players and management were looking forward to getting back in action after such a good game last time out. A dry, bright January morning was the ideal setting in Ballyadam for what turned out to be a cracking Cup game.

The game started at a frenetic pace – and it seemed Greenwood were intent on making an early breakthrough. With a new defensive formation in place, it took a little time to settle with both Scott McCarthy as center back and Ben Naughton in goals having to man the pumps in order to keep the division 1 side at bay. After ten minutes, the first big incident of the day occurred when Carrigtwohill conceded a penalty. Ben produced a fabulous save to stop the shot, but the ball spun up into the air and into the net.

Conceding a goal seemed to be a signal for Carrigtwohill to up their game. Cian Olden, James Barry and Abul Rahim were playing well in midfield and started to take control of the game. Soon, the game was level as Adam Walsh, after a strong run up the left wing, crossed for Robert Adam to bury the ball. A just reward for the way the team was now playing. Just before half-time, a succession of corners, which were mainly defended very well, resulted in a goal for Greenwood. As with so often this season, the good work being un-done by some sloppy defending.

The second half showed the gradual improvement of this team. James Barry, operating just in front of the defense was constantly breaking up Greenwood play and initiating good attacks which eventually bore fruit when Cian Olden, at the near post from a corner, finished to the net from close range. 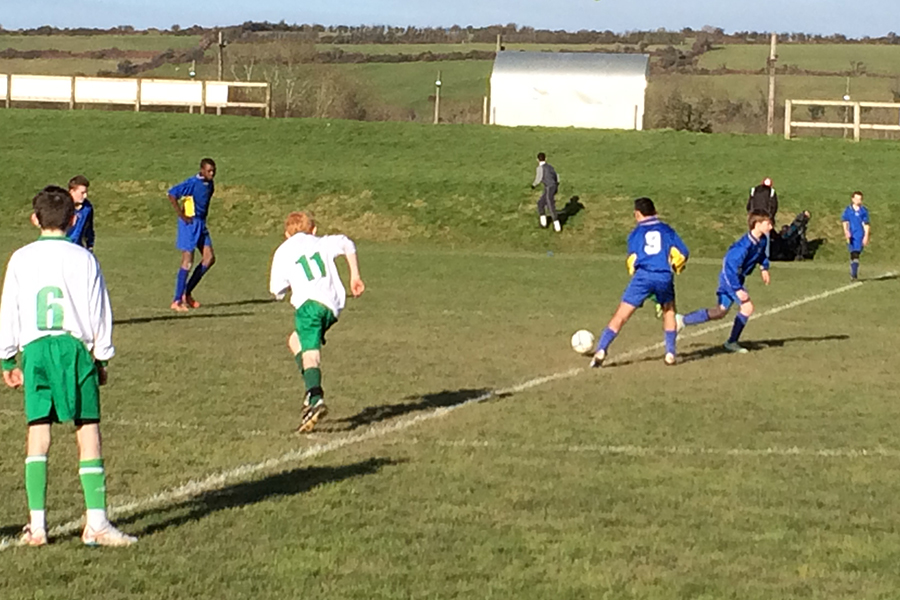 The final quarter of this game was a very entertaining battle, with both Daniel Ciolacu and Alex Canty going close for Carrigtwohill and Joshua Joesph and Daire Sullivan doing super work on the wings. It took a moment of skill from the Greenwood striker to finally swing the game their way, when he put the ball into the top corner of the net from the edge of our D. Considering the standard of the opposition and the commitment shown in the game, this was Carrigtwohill’s best display of the year so far with several players showing much improved performances.