Home games this season will be massive as we try to compete to win the league and the 7 nil win will send a statement of intent.  Carrig were superb to watch in the first half scoring 5 Goals which could have even been a couple more.  After Paul O’Mahony late winner v Blarney Street 2 weeks he got a well deserved start,  and it was Paul who started very brightly opened the scored after a inch perfect cross from Ian Stack.  After 13 min Carrig were 2 up when Nathan Gumbo headed in his 16th of the season following great work from Paul Feehan.  The third arrived on 21 min from a corner headed home by Gary O’Riordan from Paul Feehan cross.  Carrig were well in control and the midfield of Ian Stack and Jason Creamer were controlling the game and tempo.  Coachford didn’t really have much joy from the Carrig defense either with Murph, Wolfie, Chuckie and Ducky all being very solid.  The 4th goal came from the penalty spot from Ian Stack after a handball.  Paul O’Mahony got his second on 40th min after a great move from front to back saw Ducky square the ball for Paul to smash home.  Just before half time Paul’s day came to a early end with what looked like a hamstring injury. 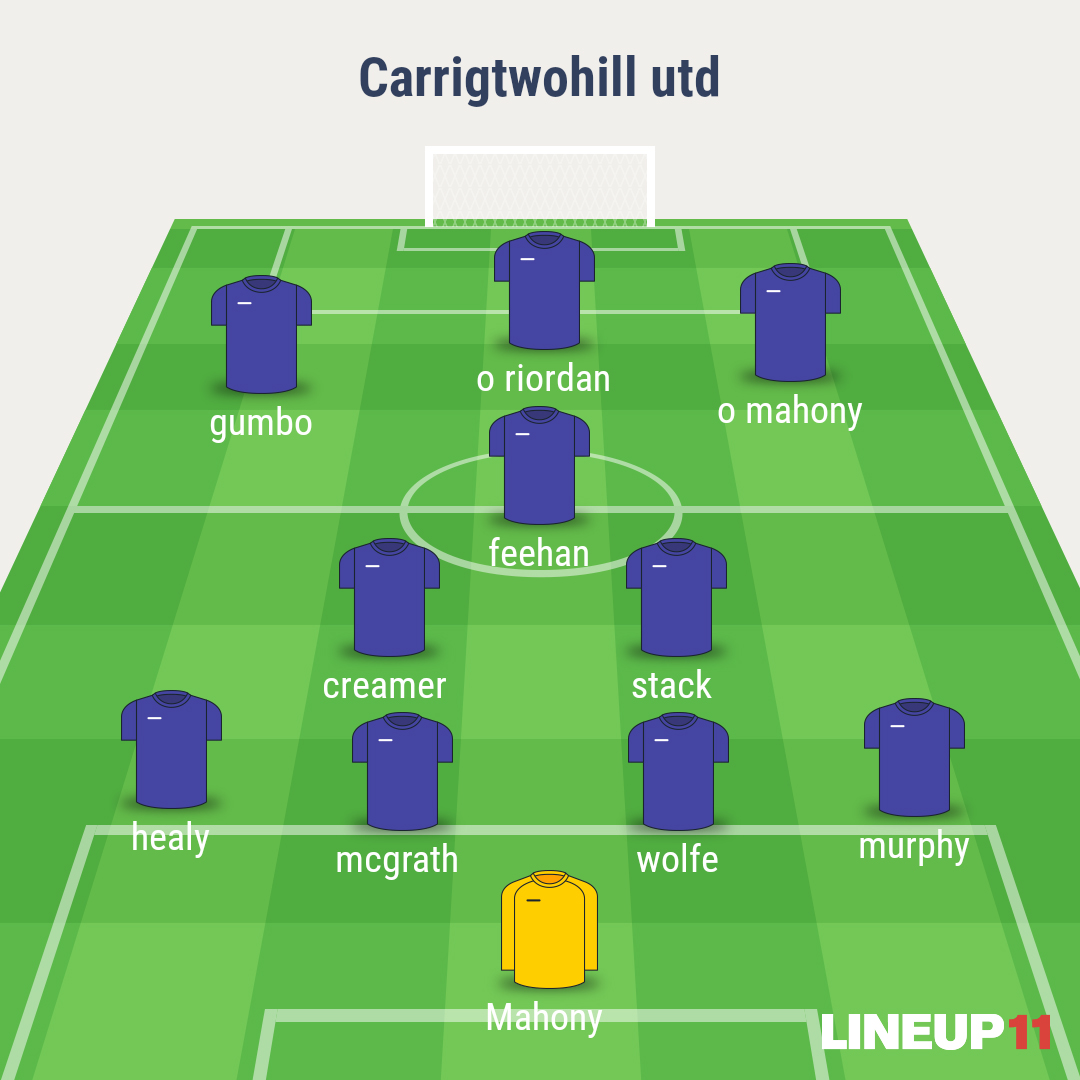 Into the second half and with a 5 nil lead more changes were made and we played with in ourselves. Still very solid defensively with Eoghan O’Mahony in goal very composed display.  We managed to add to late goals through Martin Carroll and Nathan Gumbo with his 2nd of the game, and 17th of the season.

Player of the Match – Ian Stack.