8th May at Lakewood

Another fantastic display by Carrigtwohill Under-11’s last Wednesday evening saw them progress to the last 16 of the local cup with an away win over Lakewood Athletic A. Four goals in the opening 10 mins blew the opposition out of the water (Cillian 2, Roan and Rian) and shows how determined these boys are to make an impression in this competition. Morgan Foley added a fifth before Lakewood replied, 5-1 at the break.

The move and goal of the game came early in the second half when Roan won the ball in his own defensive third and drove through the midfield, Lakewood not knowing whether to pressure or retreat with Carrigtwohill breaking right and left in support, the Carrigtwohill no 8 teased the Lakewood defence out and at the right moment played a perfectly weighted pass into the path of Cathal Seymor on the right who let fly from 15 yards without breaking stride. The home team rallied and scored the next 2 goals (a penalty and direct from a corner) but a heavily deflected shot from Sean Og and Cillian’s 3rd would wrap things up for the visitors. Man of the match is shared by Roan O’Keeffe who had a superb game in the middle of the park and Niall Barry whose positioning and no nonsense defending was excellent. A huge effort by all 10 players again, well done boys 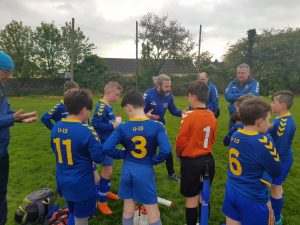 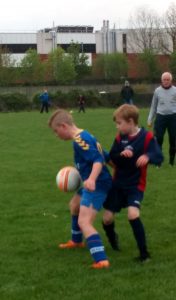 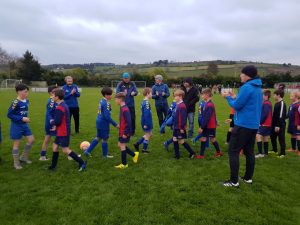