Las Saturday afternoon, Carrigtwohill United Under-11’s opened the second half of their league campaign with a home fixture against Crosshaven at Ballyadam. Conditions underfoot were very testing in what would turn out to be a very competitive afternoon of football with the heavy ground sapping the energy from both sides in the latter stages of the games.

With 22 players on show for the home side it was difficult to play a settled team and try to give everyone equal game time in twin games of 7v7 and 8v8.

The effort and commitment of these boys must be commended as they tried to play passing football and control the games as well as they could in heavy ground. All in all, it was a great team performance in the four games which finished level bar one. Special mention goes to Roan O’Keeffe and Morgan Foley who were superb in midfield for one side and Tom Walsh and Noah Eddins who shone for the other. Well done to all involved. 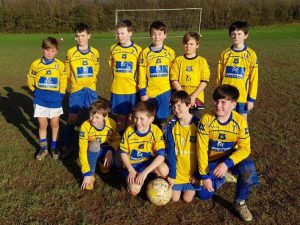 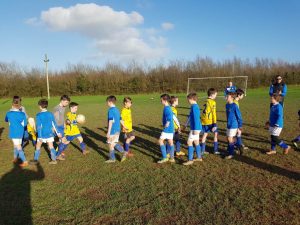 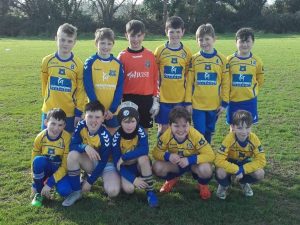