Last Saturday evening, Carrigtwohill United Under-11’s went into the Lion’s Den to play their first away game of second half of their league campaign against College Corinthians AFC at Douglas. Conditions were good as both twin games of 8v8 were played on the home teams Astro pitch due the poor weather conditions experienced earlier in the day.

The16 players on show for Carrigtwohill United and 16 players on show for Corinthians AFC at Douglas gave everything in all 4 games, which were played in a good spirit. The effort and commitment of these boys must be commended as they tried to play passing football and control the games as well as they could on a tightly spaced Astro pitch.

The boys on both on Carrigs teams are in more settled positions and it shows that players are learning their different roles in the team. The hard effort and dedication theses boys are putting into training is really starting to bare fruit.

All in all, it was a great team performance in the four games. Special mention goes to Charlie Cambridge, Darragh Thorton and Adam Lee were superb for one side and Martin Lehane, Peter Warren Perry and Cillian Rooney who shone for the other. Well done to all involved. A special thanks to hosts, College Corinthians AFC, whose likeminded approach to these games meant that everyone went away with a smile on their face. Carrig Abu 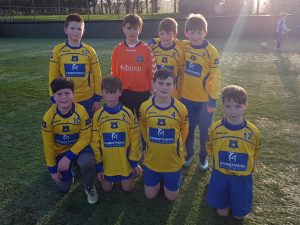 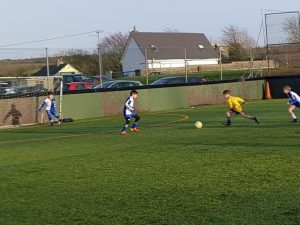 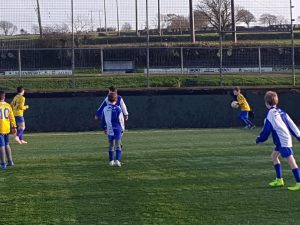 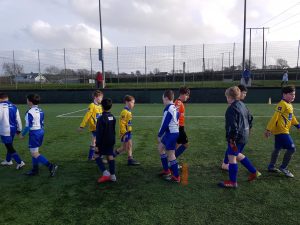 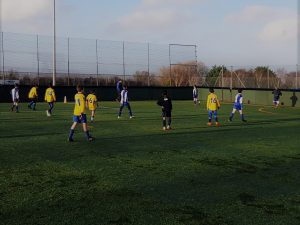 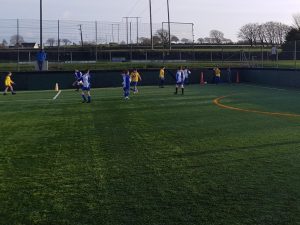