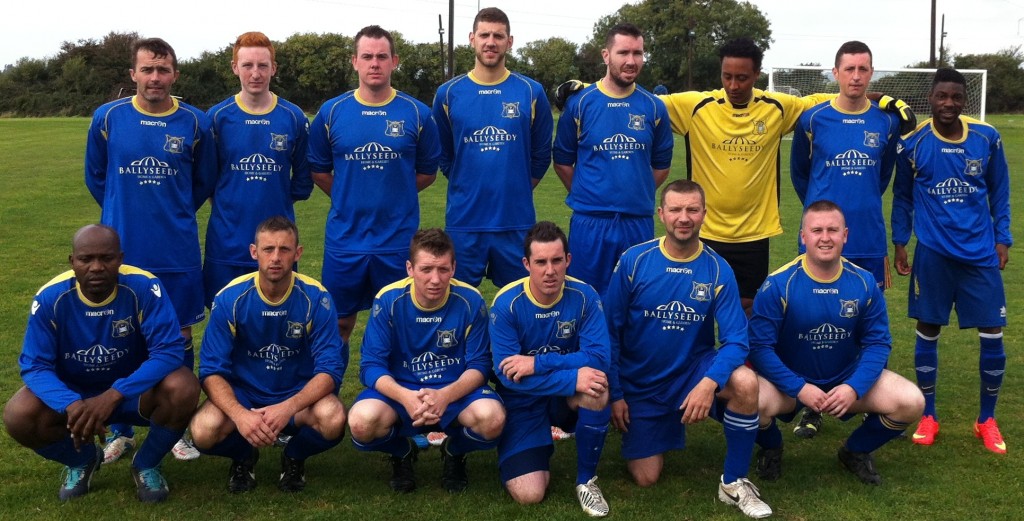 Carrigtwohill had a hard earned 1-1 draw against a good Pearse Celtic side in Ballyadam on Sunday morning. Playing against a strong wind in the 1st half, we defended well with Ian Kenny and Richie Mannix outstanding at the back. We rode our luck a little with Pearse hitting the crossbar and post but still created a few half-chances, the best of which fell to Jason Walsh but the keeper saved well. It was scoreless at half time.

Pearse started the 2nd half strongly and went ahead after 50mins when they got in down the left hand side and their centre forward finished well. The Carrigtwohill heads didn’t drop, however, and began to get their passing game going and dominate the game. Jason Walsh had a few shots at goal before he cut in from the right and hit a left-footed shot from the edge of the box into the roof of the net to make it 1-1 on 65mins. We continued to create chances with more shots from Jason Walsh and Tom O’Shea that were off target before Paul Feehan forced the Pearse keeper into a great save to keep out a 30 yard free kick. However, with 10mins left we were nearly made to pay for not taking those chances. We lost the ball in midfield and when the ball was played behind the defense, the Pearse centre forward was taken down in the box resulting in a penalty and a 2nd yellow card. Mugus dived high to his left to make a great save and Carrigtwohill defended brilliantly to hold out with 10 men for the point.