Saturday December 13th,  another Coerver blitz brought Carrigtwohill’s U9’s and U10s together due to a shortage of participating teams.

Carrigtwohill’s three mixed U9s/U10s teams played admirably.  It really seems like the Coerver rules which force teams to retreat to facilitate defenders passing the ball up the field rather than kicking out as far as they can is beginning to pay off.  There was much passing from the back in evidence,  although other key skills,  such as sprinting with the ball and dribbling were also in evidence. Shooting, sometimes from as far as the “halfway line”, also featured, providing additional entertainment for parents and coaches when their young stars unleashed long distance screamers out of nowhere. 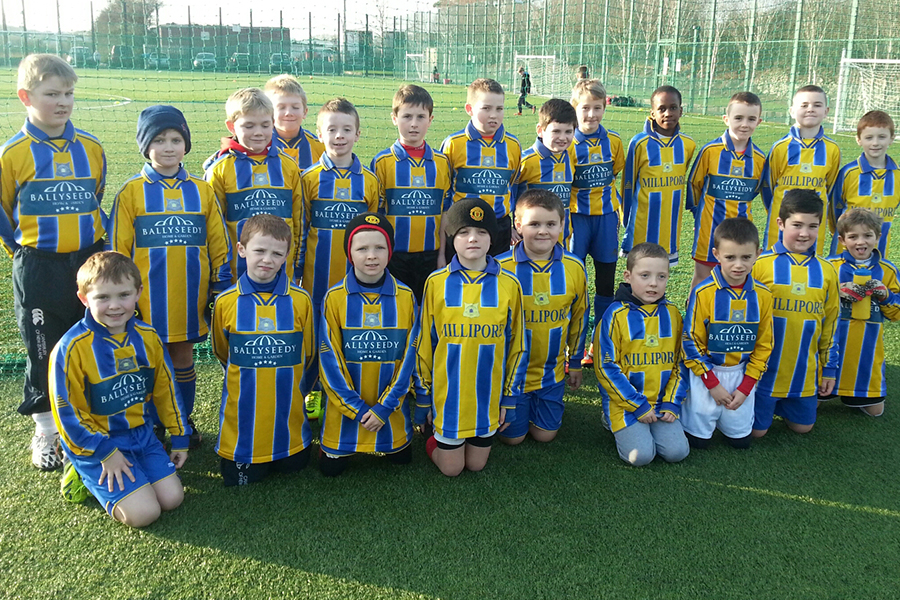 Watching these 9 matches going on at such superb facilities as Carrigtwohill’s all weather pitch, it is difficult not to think that these kids are very lucky to have the benefit of such coaching and organisation.

Then again,  it is also quite certain that they know the value of what they are given.  The application with which they play, as well as their smiles, are proof enough of that.

It is a nice thought to speculate what kind of level these kids will reach in their teens after a couple of years of this type of coaching.

A job well done all around!