On a cold Saturday morning Carrigtwohill travelled to Coachford for their Under 14A division 5 league fixture.

Carrigtwohill started well on the heavy surface with Adam McCarthy forcing a good save from the Coachford goal keeper in the early minutes of the first half. Carrig went 1 down in the 19th minute with Kane Mellis making a brave save but unfortunately the ball tricked in to give the home team the lead. Carrig were soon back in the game with a lovely finish from Charlie who chipped the ball over the keeper to make it 1 all at half time.

Carrigtwohill stared well in the second half with Adam hitting the crossbar with a header on the 38th minute and two minutes later the home team went 2-1 up when their striker tucked away a through ball.

The Carrig lads kept battling and played the best football in the second half, this was rewarded in 55th minute with a superb individual goal by Charlie, beating 2 players and slotting the ball in the bottom corner to make it 2 all.

Carrig pushed on for the winner but it was not to be. Overall an enjoyable game to watch with both teams playing good football. 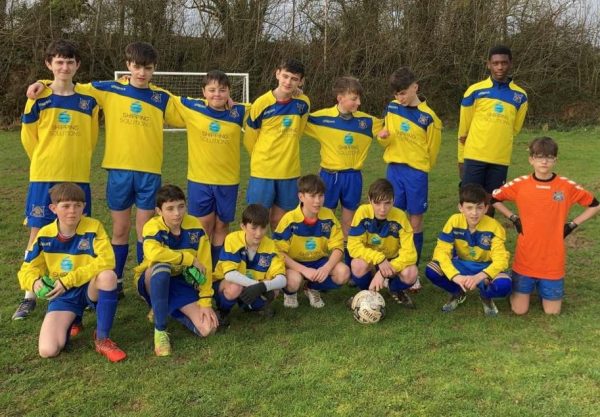