Under-14 Local Cup at Ballyadam

Cup fixtures are full of surprises and that’s exactly what happened as Carrigtwohill kicked off with a lot of confidence buoyed by their recent  emphatic win away to league title rivals Macroom.

With about 5 minutes on the clock, the Kinsale wing back attempted a  pass to their striker but the ball got intercepted, only to find the 2 Carrigtwohill centre backs wide apart, allowing the pacey striker get ahead of Jayden for goal. The Kinsale striker then turned Colm,  who came in to provide cover, before scoring past Seba in goals from close range. This was the wake-up call that Carrigtwohill needed before they turned on top gear to prove their supremacy.

With Ethan and Roan dictating the midfield soon enough Rollie got to the end of a through pass before rounding off the keeper for an equalizer. Carrigtwohill settled into their game from then on and started spreading the ball from end to end with some composure in the backline that was beautiful to watch.

Soon enough a switch from Edras to Ethan was beautifully spread down to Dennis on the right before he sent in a cross that Rollie pounced on, to round the keeper in similar fashion for a second.

The Carrigtwohill defense was giving nothing away at this stage and Alex was now combining well with Dennis on the right. Ethan consistently drew the ball from tight areas feeding Rollie and Leroy in front. A slide pass through from Edras found Cian who passed into Rollie on the left sided attack, before Rollie danced past few defenders and get his hattrick. His fourth of the day was a beauty when Jayden picked him up from a distance with a looping pass that he caught on the volley to get his fourth.

Carrigtwohill made four straight substitutes at first water break with Evan, Tom Walsh, Rian and Noah coming in for Dennis, Cian, Leroy and Roan. The match looked one sided as Ethan went on a run from midfield this time hitting the target from distance to get the 5th goal for Carrigtwohill.

The changes did not seem to matter very much as they continued the second half came with the same drive. A few combination passes between Evan , Rian and Noah released Leroy who hit the roof of the net from just outside the box. He soon added his second of the day after bundling in a cross from Tom who had a wonderful display of confidence on the ball all day.

Alex Lombard scored a super goal as he lobbed the keeper from distance to make it 8 goals for the home side.

Carrigtwohill were enjoying the game as ref wanted to stop the match too early so further changes brought Colm into goals to release the goalkeeper Seb as a striker. They didn’t disappoint in their new positions as Seb took on few defenders and Colm made one very good save to keep the score line at 8:1. Cian soon scored a disallowed goal at a stage when Carrigtwohill completely dominated the game.

On a day like this, Carrigtwohill again picked the man of the match based on the criteria of one who excels beyond his usual contribution. This team was yearning for an attacking midfielder who takes the ball to the opponents and seems Ethan is the new find for that role after dictating that midfield to earn himself a man of the match award.

Player of the Match : Ethan Collins 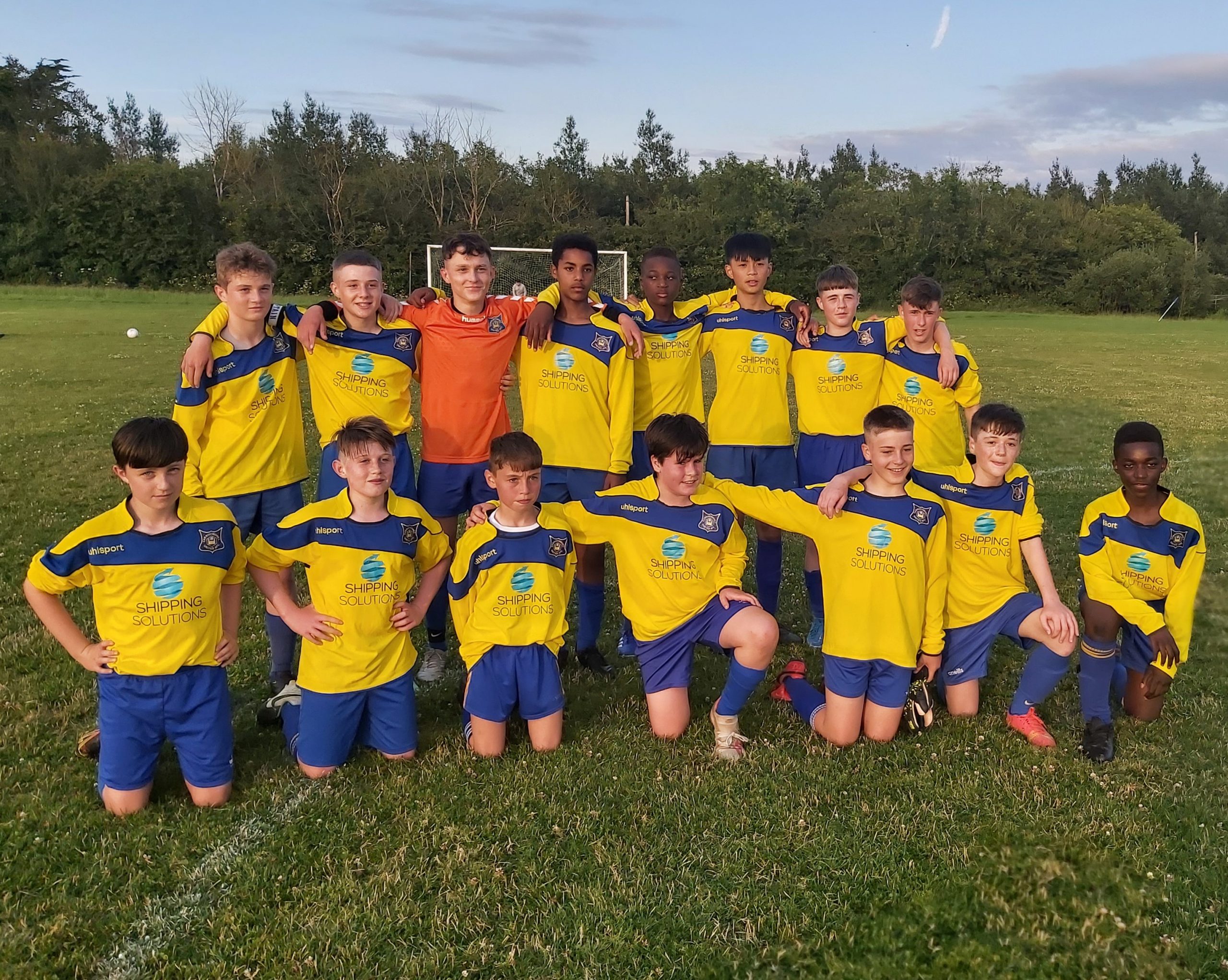